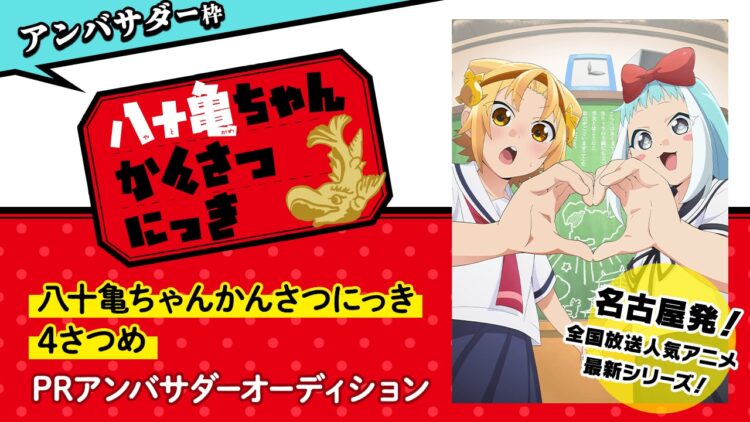 Beginning January 17 2022 (Monday) at 18:00 and running until January 23, 2022 at 21:59, auditions for the position of PR ambassador to help liven up the program is being held via the live streaming service “SHOWROOM”. Streamers are asked to help publicize the “charm of Yatogame-chan” and “a love for anime” on each stream. The program is helping bring together streamers that love Yatogame-chan! We hope you’ll support the streams as well!

【Event Overview】
【About SHOWROOM】
SHOWROOM is a service where anybody can hop on and enjoy streaming in a virtual live space.
It provides a place where those who want to achieve their dreams (streamers) and those who want to support them (viewers) can connect alongside various events including talent auctions.
Once the streamer you’ve got an eye on begins streaming, please send gifts and comments to cheer them on.

【Final Judging Extra Bonus】
Grand Prix (1~2 people)
These individuals will be appointed as PR ambassador supporters for TV anime Yatogame-chan Kansatsu Nikki Season 4!
This role will begin in early March 2022 and last till the end of June 2022.

1．Those selected will have their photos and comments included in web articles promoting the TV anime Yatogame-chan Kansatsu Nikki Season 4!
※The format for the web media to be posted is currently undecided. As soon as the plans are finalized those selected will be notified.

3．A workshop in Tokyo will be available to participate in for the purpose of improving technical skills for voice talents.
※Only for those who wish to participate. It is planned to be held at a certain location in Tokyo from April to May 2022.
Those selected will be contacted as soon as the schedule is decided.