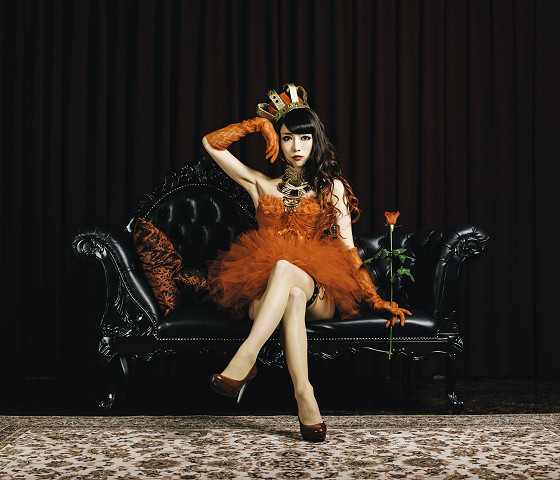 Akira Ouse to be the Theme Song Artist In Yatogame-chan Kansatsu Nikki Season 4!!

【Theme Song Artist Announced!】
The theme song artist for the fourth season will be 2.5D rock artist Akira Ouse.
Active in performing various anime and game tie-up songs, as well as giving live performances not only in Japan but also appearing in events overseas such as Nippon Con 2016 in Germany and “Ani Nite” in Austria.
She continues to expand her horizons in other ways as well, even recently starting sales of her first poetry collection in September 2021.
We are looking forward to seeing how she expresses the world of Yatogame-chan Kansatsu Nikki Season 4!
We’ve also received a comment from the artist herself raising our expectations even more: “I’ll do my best to show off the energetic and fun world of Yatogame-chan with my music!”
Please look forward to hearing what kind of song it will be! 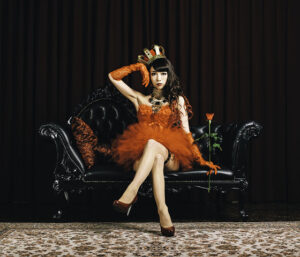 【Artist Comment】
I’m Akira Ouse, a 2.5D rock artist and I’m in charge of the theme music for season 4 of Yatogame-chan Kansatsu Nikki.

I’ve been following it since the first season, and her cuteness along with her aggressive approach in telling stories about the local area has been the best! I love all of the characters with how unique they are!

So, naturally, I was really happy to find out I’d be participating myself this time!
I’ll do my best to make music that fits the energetic and fun world of Yatogame-chan!
I was reading up on the local dialect for the lyrics, but the more I listen to the Nagoya dialect the more I can’t get over how cute it is…! I totally understand Kaito-kun’s feelings toward it!

For everyone who listens, I hope it fills you with energy and puts a big smile on your face!
Please look forward to Yatogame-chan Kansatsu Nikki Season 4, and thank you very much!

＜Akira Ouse Profile＞
Akira Ouse is a 2.5D rock artist. She confidently calls herself the “Empress” of the Red Comet Army of the Akira Empire, she has made appearances and been garnering attention not only in Japan but overseas as well.
Influenced by her mother growing up, she loves novels. She was also greatly impressed by the music in the Gundam series she loved so much, and it was here where she first gained an interest in pursuing music.
She remains active in providing songs that she has written and composed herself for the anime and game industries, and she is continuing to expand her activities into working as a musician in addition to a frontman.