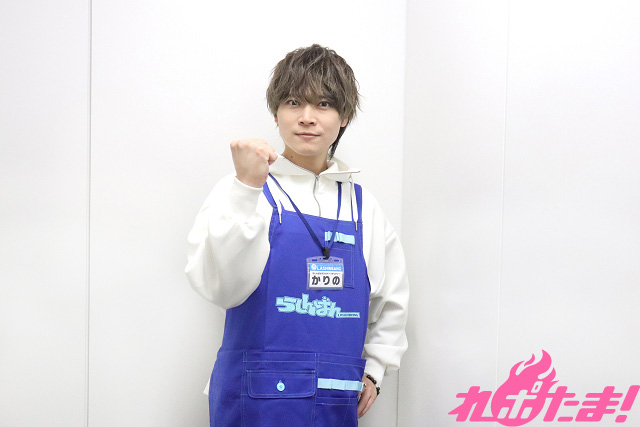 “Lashinbang” is a retailer that buys and sells used anime goods, figures, DVDs, Blu-rays, etc. across Japan. In store, a radio program featuring popular voice talents is being broadcast in the first and second half of every month. After the in-store broadcasting period is over for each voice actor/actress, the video archive of the show is being made available via YouTube.
Sho Karino is the star of the show for December 2021, and he is a familiar face in the anime world for having played such roles as Chifuyu Matsuno in Tokyo Revengers, Yukihiro Kamiya in The IDOLM@STER SideM, and Fran in Ascendance of a Bookworm: I’ll Stop at Nothing to Become a Librarian. Even the staff were really moved by the content recorded by Karino-san, showing a strong love for Lashinbang which he has been visiting for many years. We got a chance to talk to Karino-san after he finished the recording.

―Please give us your impressions of the recording today.

Sho Karino: I’ve been thankful to Lashinbang for a long time, so I was really looking forward to doing the recording. As a result of trying to cram as much fun into it as possible, I ended up going all over the place in my talk, and then I started to sweat. (laughs)
During the recording, the staff’s love of anime was very clearly conveyed to me and I was really happy to see that!

―In the segment “Sho Karino’s Torisetsu!” you talked about your own personal otaku history.

Karino: I’ve been treasuring figures of Yui Hirasawa from K-ON! for a long time. But, actually, I’ve got a lot of other favorites… I really hope everyone can listen to the program for more about this (laughs) 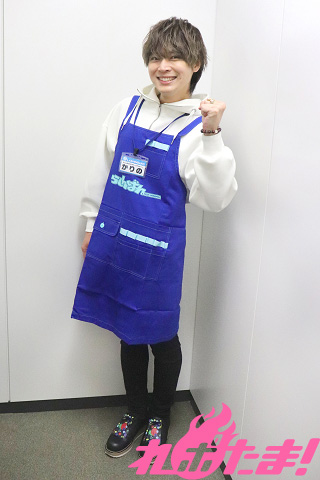 ―What kind of things did you buy at Lashinbang?

Karino: Definitely a lot of figures. I had space at home to line them all up, and I decorated the area by putting them in a case so they wouldn’t get covered in dust. Now I’m decorating my house with Yui-chan and Chifuyu Matsuno figures, the latter of which I played in Tokyo Revengers.

―Since you played Chifuyu, you were challenged to the “Yankee Manga Quiz!” segment in the recording.

Karino: There are a lot of works I read, and I challenged the quiz while feeling nostalgic about it all. Please take a listen and see how many questions I got right!

―In the “Arbitrary New Anime Audition” segment of the program, you combined roles and situations written on cards and then created a mock audition, correct? What kind of role did you end up with?

Karino: Quite unlike the role of a yankee character, I performed the role of a hero in a fantasy world. I really hope everyone enjoys it.

Karino: It’s been quite a while since I’ve performed on the radio by myself, but I was really helped out by the staff and was able to have a lot of fun talking. I think the editors are going to have a bad time though… (laughs)
Aside from the recording, I was also allowed to wear the store’s apron, and was able to spend a wonderful time as a Lashinbang enjoyer! Please listen to the recording in-store and on YouTube! 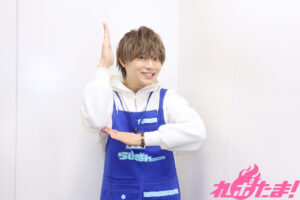 【Present】(please note: applications from outside Japan are not available)
Karino-san’s autograph on special coloured paper will be presented to one person!
Those who wish to apply are asked to please follow the Repotama! Official Twitter ＠repotama (https://twitter.com/repotama/) and retweet the tweet of this article. We will contact the winner via DM.
Application period: until December 17 (Fri) 2021 at 23:59 JST