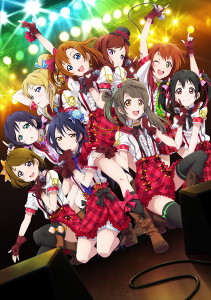 This is media mix project game that you gonna train the nine beautiful girls to become an idol. Also, nine school idols unite the group named “muse” and they already released the 3 albums and 12 single CD. Moreover, their having a live music event at certain internet radio station. In 2013 spring they, become an animation too.

Service start from 2013 (scheduled) for IOS/Android

※all materials are under developing. Also, several things will change such as name.