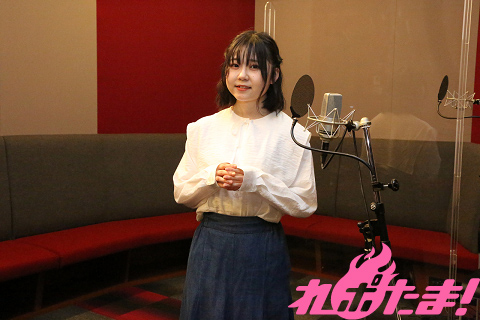 Coming after the release of “Cyber Sentai Last Angels SP STAGE 1 Angels of the Light” in March 2021 and “SP STAGE 2 Character Song Collection” released in April of the same year, the third CD will finally be released on March 2nd (Wed), 2022! Fighters known as the “Last Angels” (hereafter referred to as “Angels”) fight in a desperate battle that will determine the survival of mankind.
Additionally, Lav (voiced by Ayana Taketatsu) & Midi (voiced by Sakura Tange) perform a duet in the new ED theme “Invisible Link”, available via digital distribution starting February 16 (Wed). The two singing voices beautifully express the nature of their world in this story.
This time, we got a chance to talk to Mizuki Hasegawa, the voice of the Last Angels’ member Hotaru.

―How did you feel when you first heard there would be a sequel?

Mizuki Hasegawa: I was overjoyed at the thought of being able to play Hotaru-chan and see all the other Angels again!

Hasegawa: I did my best to give difficult, technical explanations like Midi (played by Sakura Tange) does so often, in order to do Hotaru-chan justice in my performance. There were a lot of technical terms and long lines, so I thought again to myself “Tange-san is amazing!”

―Could you introduce your character again?

Hasegawa: Hotaru-chan is the youngest member on the team and is a very thoughtful and deliberate girl. She mainly provides logistical support for the other members, as well as research and combat support.

―Has any character caught your attention in particular this time?

Hasegawa: Nikki (played by Aya Uchida) is one character I really like for her constantly bright attitude, but Jiggy (played by Sumire Uesaka) really stood out for just being so cool.
Although they’re enemy characters, I’m also worried about the future of Alice (played by Mao Minamisawa) and Oz (played by Haruka Sakurai).

―I think there’s a lot of battle scenes this time, but were you conscious of anything in particular when performing?

Hasegawa: Hotaru-chan is faced with the serious task of explaining the current situation to Lav-chan (played by Ayana Taketatsu) and the others piece-by-piece in battle. So I decided to make this responsibility that she carries the most important thing for me in my performance.

―Please give us a highlight from the story this time.

Hasegawa: In the previous series, Hotaru-chan didn’t get a lot of opportunities to chat with the other members of the Angels, but this time she gets to talk with them a lot. I hope you’ll enjoy the story while thinking about what kind of dialogue they might have.

―In this story, humanity is threatened with annihilation from the existence of the supermassive black hole bomb “Googolplex”. What would you do if Earth were in the same situation?

Hasegawa: Maybe people similar to the Angels would come to help us…? I’d like to enjoy some delicious food with my family while holding onto that faint hope. (laughs)

Hasegawa: I think fans of this series will feel like “I was waiting for this!” when they check it out. If you are new to Last Angels, please give a listen to Cyber Sentai Last Angels SP STAGE 1 as well as the character song CD. I want to see these girls “move” a lot, so please continue your support of the “Angels”! 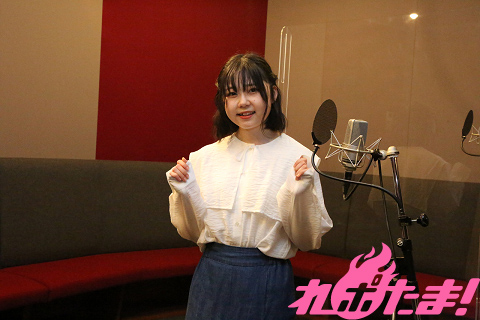 【Present】(please note: applications from outside Japan are not available)
Hasegawa-san’s autograph on special coloured paper will be presented to one person!
Those who wish to apply are asked to please follow the Repotama! Official Twitter ＠repotama (https://twitter.com/repotama/) and retweet the tweet of this article. We will contact the winner via DM.
Application period: until March 18 (Fri) 2022 at 23:59 JST