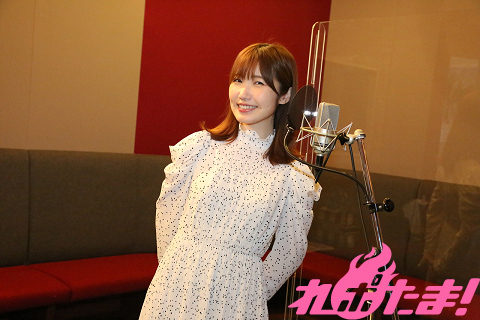 “Cyber Sentai Last Angels” is a large-scale mixed media project filled with brilliant voice talent. Following the 25th anniversary of the original Cyber Sentai Voogie’s Angel by Aoi Takeuchi, this is a reboot project with a completely new story and new characters set in the same world.
Coming after the release of “Cyber Sentai Last Angels SP STAGE 1 Angels of the Light” in March 2021 and “SP STAGE 2 Character Song Collection” released in April of the same year, the third CD will finally be released on March 2nd (Wed), 2022! Fighters known as the “Last Angels” (hereafter referred to as “Angels”) fight in a desperate battle that will determine the survival of mankind.

This time, we got a chance to talk to Aya Uchida, voice of the Last Angels’ member Nikki.

―How did you feel when you first heard there was going to be a sequel?

Aya Uchida: The fans who have enjoyed this series were saying “The story is compelling and there’s character songs too, so I’m really enjoying it!” So I was expecting a sequel and was extremely happy when it was confirmed.

―Could you introduce your character to us one more time?

Uchida: Even when the Angels find themselves in a pinch, Nikki often makes comments and takes actions that ease the tension of the group. She’s like a team mood-manager for them.

―Please give us your thoughts on performing as Nikki.

Uchida: Nikki and her friends are going through tough times again, so I did my best to perform even though it was emotionally difficult. There are scenes here and there that brighten up the mood this time too, so please look forward to those as well.

―Are there any spots in particular where you noticed Nikki’s personal growth?

Uchida: Thinking back on the time when she first met the other members, I think that part of the story was extremely bright and positive.Looking at the exchanges that the Angels had with each other back then, I think that they’ve developed a lot of trust between one another!

―Are there any characters you’ve taken a particular liking to?

Uchida: It’s gotta be Oz, who’s one of the enemy characters in this story. I think the Cybernoid Angels are in a particularly unique position themselves, but regardless from the Angels’ perspective Oz is a character that really disturbs them and I hope you’ll pay close attention to their interactions.

―I think there’s a lot of battle scenes this time, but did you find any of the performances to be challenging?

Uchida: Nikki has something lacking when it comes to battling (laughs) and I thought of her as just being her usual self even then. However, there are parts that really show how physically resilient she is, so I hope all the Nikki fans will rest assured of her strength! (laughs)

―Humanity in this story is subjected to the threat of annihilation from the supermassive black hole bomb “Googolplex”, but what would you do if our Earth was put into a similar situation?

Uchida: This might be a mediocre answer, but I think it would be great to eat as much as I want without worrying about my weight!

―Finally, please give us all a message.

Uchida: Lots of thrilling developments await in this part of the story, and the more you listen to it the more you’ll find yourself worried about everyone’s future in the story. The characters’ personalities stand out even more this time, so please look forward to listening! 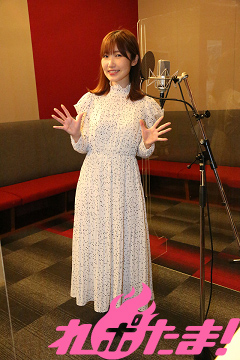 【Present】(please note: applications from outside Japan are not available)
Uchida-san’s autograph on special coloured paper will be presented to one person!
Those who wish to apply are asked to please follow the Repotama! Official Twitter ＠repotama (https://twitter.com/repotama/) and retweet the tweet of this article. We will contact the winner via DM.
Application period: until March 18 (Fri) 2022 at 23:59 JST