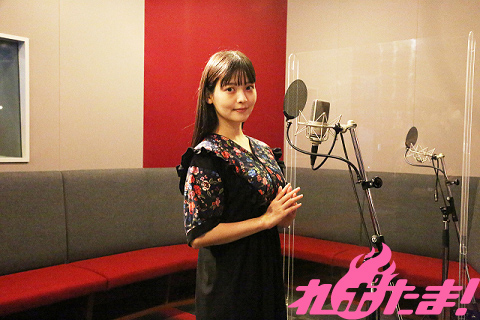 Coming after the release of “Cyber Sentai Last Angels SP STAGE 1 Angels of the Light” in March 2021 and “SP STAGE 2 Character Song Collection” released in April of the same year, the third CD will finally be released on March 2nd (Wed), 2022! Fighters known as the “Last Angels” (hereafter referred to as “Angels”) fight in a desperate battle that will determine the survival of mankind.

Additionally, Lav (voiced by Ayana Taketatsu) & Midi (voiced by Sakura Tange) perform a duet in the new ED theme “Invisible Link”, available via digital distribution starting February 16 (Wed). The two singing voices beautifully express the nature of their world in this story.
This time, we got a chance to talk to Sumire Uesaka, the voice of Jiggy.

―What were your first thoughts when you heard there would be a sequel?

Sumire Uesaka: In the previous part, Jiggy-chan was really developed and I was able to understand her well. She also had a character song that I got to perform, and I was happy to say “I can finally play Jiggy-chan again”.

Uesaka: It was unfortunate how we weren’t all able to meet up together because of current circumstances. But as I read the script I realized that the bonds between the members of the “Angels” had gotten a lot stronger.
There were a lot of shorter lines this time, but they’re still difficult to perform properly if you don’t understand the character so I’m glad I got to become familiar with her in the previous part.

―Could you please introduce your character to us again?

Uesaka: Jiggy-chan is a girl who has always been in battles. She is also an ambitious girl, volunteering to join the “Angels” and seeking to establish herself into a privileged position.
As the leader of the “Angels” she has a strong sense of responsibility, and one of her charms is that she’s able to think in a cool and collected manner.

―Are there any characters from this work that have caught your attention in particular?

Uesaka: Alice is a girl who is front-and-center with the “Angels”. If I say too much I’ll end up giving spoilers, but you could think of her as “actually a pretty good person, perhaps.”

―It sounds like there were a lot of battle scenes this time, but were you conscious of anything in particular when performing?

Uesaka: Team-play was strongly in focus, so I played her in such a way that the communication between the members of the “Angels” would be clear and understandable.

―Please tell us some specific parts to pay attention to when listening.

Uesaka: There are lots of scenes where you can really feel the bond between the “Angels”, such as with the passionate heart of Lav (played by Ayana Taketatsu) and the calm helping hand of Hotaru (played by Mizuki Hasegawa), among others. I hope you’ll all enjoy seeing their growth as a team little by little after the fights.

―In this story, humanity is brought under the threat of annihilation via the supermassive black hole bomb “Googolplex”. What would you do if we on Earth were in the same danger?

Uesaka: Some top-grade sushi and delicious sparkling wine… I think I’d like to enjoy the end of things with the best combination of food and drink. In that moment, I’d like to be rolling around on the carpet and playing with my cat. I think it would be painful to have another person next to you with a face gripped by fear, so I’d prefer to be with an animal that doesn’t know anything about what’s going on.

Uesaka: I was looking forward to the reboot of “Last Angels”. I would really appreciate it if everyone could support this series so that more sequels could be created in the future. Thank you very much! 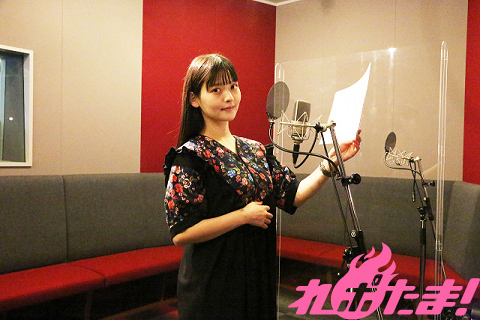 【Present】(please note: applications from outside Japan are not available)
Uesaka-san’s autograph on special coloured paper will be presented to one person!
Those who wish to apply are asked to please follow the Repotama! Official Twitter ＠repotama (https://twitter.com/repotama/) and retweet the tweet of this article. We will contact the winner via DM.
Application period: until March 18 (Fri) 2022 at 23:59 JST