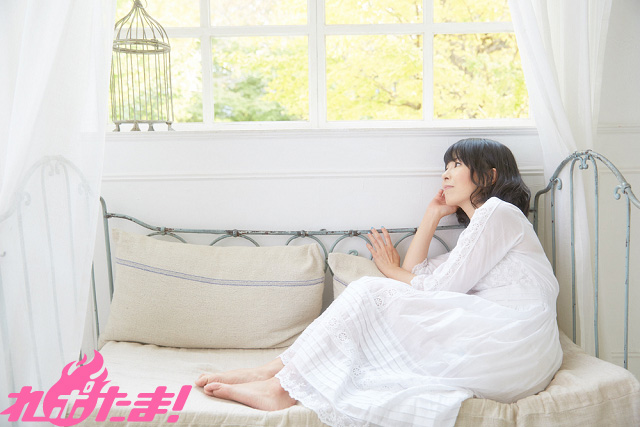 “Cyber Sentai Last Angels” is a large-scale mixed media project filled with brilliant voice talent. Following the 25th anniversary of the original Cyber Sentai Voogie’s Angel by Aoi Takeuchi, this is a reboot project with a completely new story and new characters set in the same world.
Coming after the release of “Cyber Sentai Last Angels SP STAGE 1 Angels of the Light” in March 2021 and “SP STAGE 2 Character Song Collection” released in April of the same year, the third CD will finally be released on March 2nd (Wed), 2022! Fighters known as the “Last Angels” fight in a desperate battle that will determine the survival of mankind.
This time, we got a chance to interview the Last Angels’ commander, Sakura Tange, who voices Midi.

―Please give us your thoughts on how you felt when you first heard about the reboot of Cyber Sentai Voogie’s Angel.

Sakura Tange: After twenty whole years, I was really happy and filled with nostalgia.

―Please tell us about the character you played once more. Also, are there any ways that the girls have grown since part 1?

Tange: Midi is the very first tactical supercomputer. In the previous series, she was a support AI, and in this one she’s active as a “LA1” commander. As an AI she is fundamentally unchanged.

―Did any of your favorite characters change this time around? Or are there new characters that have become a personal favorite?

Tange: Midi watches over the whole team as they get closer with each other, so I really like them all.

―There are a lot of battle-oriented scenes this time, but what were you careful to keep in mind when performing?

Tange: Being a commander, this time I had a lot of long lines in the battle that were difficult to pull off properly. I was really happy to play a heartwarming scene with Lav-san while also going over more than 10 lines filled with military words and technical jargon.

―Please tell us about a highlight from this story.

Tange: It’s very battle-oriented this time, but it’s also filled with scenes where both the allies and enemies are thinking about their bonds and their families.

―In this story, humans are brought under the threat of annihilation via the supermassive black hole bomb “Googolplex”, but what would you do if you found that our Earth were in the same situation?

Tange: First of all I would try to get my family to a safe place somehow. 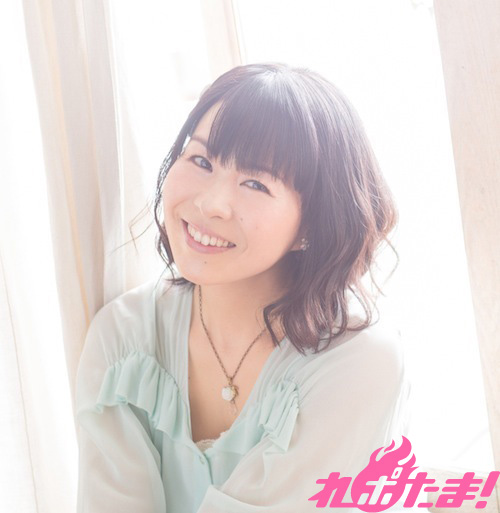 ＜About the Character Song (ED Theme)＞
―What was your overall impression upon first hearing the song?

Tange: It’s a really nice song, and after listening to it once I found myself humming it.

―What were you careful to emphasize when singing? Did you receive any direction during recording?

Tange: Ayana-chan (Taketatsu) who did the voice of Lav and recorded before me, sang in a cute way, so Midi did her best to sing in a way that would gently synergize with Lav. My part was a really nice part of the song and I was able to record without any trouble, but the rap section was challenging.

―Tell us about what you were especially careful with in the Hamori and Unison parts.

Tange: Usually with Hamori, I just listen to the melody for my own part before recording, but when I sang after listening to Lav-san’s singing for the first time I found that it was easier to sing. So I sang the whole thing while listening to Ayana-chan’s singing voice.

―Please tell us about a part of the lyrics you particularly liked.

Tange: It’s “Even while drifting apart, I’m sure we’ll meet again.” In the drama this time, Midi is shown in a way that suggests that she knows something about Lav’s parents and is hiding it. The two of them seem to be a little apart from each other this time for that reason, but I thought it would be nice if they’d reconnect and smile together again.

―The song focuses on the bond between Lav and Midi, but is there anything that particularly shows their closeness?

Tange: There has been a foreboding event related to a possible family connection.

Tange: I sang with the hope of a further future for this story. I hope you’ll listen to it a lot.

【Present】(please note: applications from outside Japan are not available)
Tange-san’s autograph on special coloured paper will be presented to one person!
Those who wish to apply are asked to please follow the Repotama! Official Twitter ＠repotama (https://twitter.com/repotama/) and retweet the tweet of this article. We will contact the winner via DM.
Application period: until February 25 (Fri) 2022 at 23:59 JST