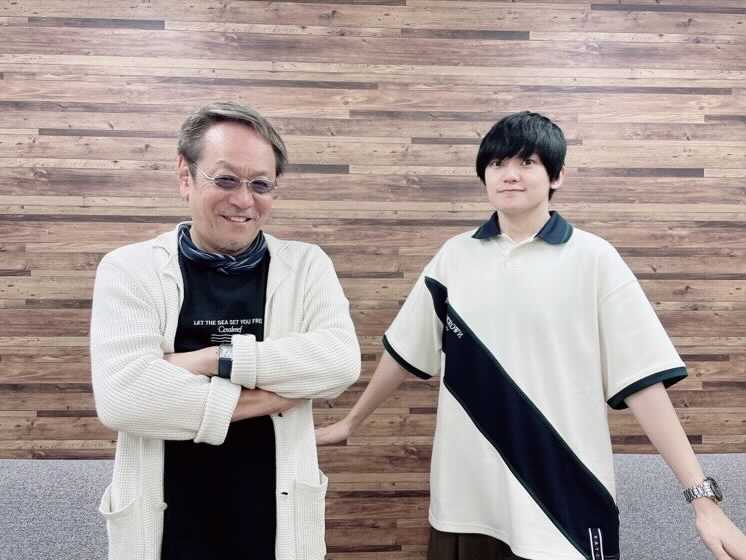 This time, the Official Interview #5 as well as the episode 5 case file have been released. 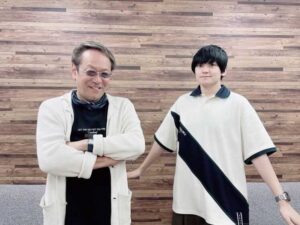 ――How did you feel when you first approached this series?

Kenyu Horiuchi: When I first saw the title and read the setting, I assumed it was going to be a story about the love story between two assassins. But in reality, it’s a one-sided love from Ryang-ha (laughs), but I was really looking forward to seeing how the love between the two would be fully realized. From the mysterious setting involving hitmen, it’s safe to say that there will be a lot of roadblocks between them. Despite being now directly involved in this work, I was always excited to find out more about the story.

Kohei Amasaki: When I first heard the title “Love of Kill” I wasn’t sure what it could be referring to, and I wondered “Huh, I wonder what this will be?” I heard it verbally and didn’t see the title in writing at first, so I made a mistake with one of the words and thought the title was closer to “To Kill Each Other”.

――You were thinking that it was a different word with the same pronunciation.

Amasaki: Correct. But the real title is something really different. I was looking forward to seeing how “Love” and “Kill” would be tied up in the story. When I got to reading the original work, I really enjoyed the mystery of whether the two characters genuinely loved each other or not, and I couldn’t wait for dubbing to begin.

――Please tell us your impressions of Euripedes, the company president.

Horiuchi: I thought the role would be more comical in nature.

Horiuchi: He’s the president of an organization and is very dedicated to his work. He’s also a person that’s key to Chateau’s past and goes through his life while keeping an eye on many things. Put simply, he’s a very serious person. He is careful to be thorough and has a strong sense of justice. He looks very straightforward in his design, but I felt that he’s a person with integrity.

Amasaki: The president is a perfect balance between being serious and comical. He’s a lot of fun to watch.

Horiuchi: At first glance he seems silly, laid-back and possibly a little too relaxed (laughs), but soon you find he’s a person with a heart of gold.

Amasaki: Also, he’s really kind. When he talks with Chateau, you can see the kindness in everything he says to her. He seems like he’d be a scary boss fixated only on bounties in his company, but he’s a very down-to-earth person in reality.

Horiuchi: I really respect the author (Fe) for their skill in writing. When I hear about a “hitman” I assume that the character will be rude and full of themselves. There are a lot of characters in the story, though, that have a lot of hidden attributes and who hide their strengths. I think that’s the charm of “Love of Kill”.

Horiuchi: The author told me that during the dubbing of the first episode. I said “I might not be able to pull this off,” but then I was told “The president has a lot of life experience, looks old, and it’s okay for his voice to fit his appearance.” So in the end it all worked out. (laughs)

Amasaki: I think he’s got a lot of life experience, for sure!

Horiuchi: That said, without really trying to “play a role” I’ve found that unexpectedly I can perform as him without thinking about it too hard. There’s no doubt that if you’re the head of such an organization you must have life experience, so I wondered whether the voice of such a person would reflect that life somehow.

――How about Jim, who Amasaki-san plays?

Amasaki: I’ve been thinking this since my audition, but first of all this character is a good kid. He takes jabs at the president, goes home on time, helps out Chateau when she’s in trouble, and trusts the president. I’m sure he must be a good kid. There’s a part coming later where some alcohol is drunk so he might seem a bit more like a “nice older brother” there, but since he’s cute I think he just looks younger than he is.

Horiuchi: It’s nice how he can talk about things so clearly. However, he is recognized as a proper member of the organization because of his performance in his job. I think he’s in a great position, but even then there’s still a lot of mystery surrounding him. I think that even in the original work he hasn’t talked about his life or his origin story at all, right?

Horiuchi: Jim’s a mysterious character, but I’m hoping that he’ll continue to be active in his role as a member of the company.

――What are you careful of when performing your roles?

Horiuchi: I was at first a bit too comical in my performance, so I’m trying to not go further in that direction than the script tells me too. If it’s in the script I’ll make the comedic parts naturally, and there’s no need to try and make it more comical from there. I think that if I speak naturally and realistically while following the script I’ll be able to sync up with the character and his experiences properly.

Amasaki: For Jim, I’ve got to pay attention to his accent. There’s no one correct answer, but I don’t know anything other than “he has an accent”. I did the dubbing for the first episode, initially quite unsure of my performance, but then I received the direction of “Could you speak a bit more stiffly?” So I think that the degree of his accent was more noticeable than I originally was expecting.

――Jim’s accent is really unique, right? Is there anything in particular that you focus on?

Amasaki: The lines in the story are expressed both with kanji and katakana, so the parts in kanji I try to read clearly and understandably. Also, when people come from overseas and hear lots of different dialects, it can be hard to know which one is correct to speak where, right? Like occasionally mixing in the Kansai dialect into conversation.
Since I’m from Kansai I occasionally mix it into what he’s saying, being intentional about mixing it with his accent.

――Jim was responsible for carrying an injured Chateau and Ryang-ha to the doctor in the fifth episode that just aired.

Amasaki: The way he helped out Chateau was really great, but I thought the greatest thing about it was how he was reporting everything to the president properly. I think that for Chateau, she would definitely want to hide what happened, but Jim is worried and reaches out anyway. I felt that he was genuinely worried about her, as it’s not something he would do if he wasn’t worried about the situation.

――However, the president was apologized to by Chateau, which confused him.

Horiuchi: He seemed to have the attitude of “No, no, there’s no need to bow your head in apology.” Like, just reflect on what happened a little, or something like that. The good nature of the people involved here really showed itself.

Amasaki: It felt like the president had said too much.

――Are there any scenes from other episodes that left an impression on you?

Amasaki: Christmas in the first episode was a lot of fun.

Horiuchi: Yeah, it was.

Amasaki: There was a serious scene going on, so I was happy to have a little break and see the interaction of the two in this more relaxing setting. I think the story will get more serious from here, so it might be difficult to see that again but I’m glad to see even a little bit of interaction between Jim and the president.

Horiuchi: The scene with just the president and Jim was kind of fun somehow. It’s light-hearted and makes you think “Is this company concerned with hierarchy?”

Horiuchi: Maybe that’s why the company is doing so well.

Amasaki: Most of all, the success of the company is sustained by the kind-hearted president.

【FILE 05 “LIMIT” Case File Update】
Info on each case from the story is summarized here.
Please take a look after watching.
(Note: Website in Japanese)