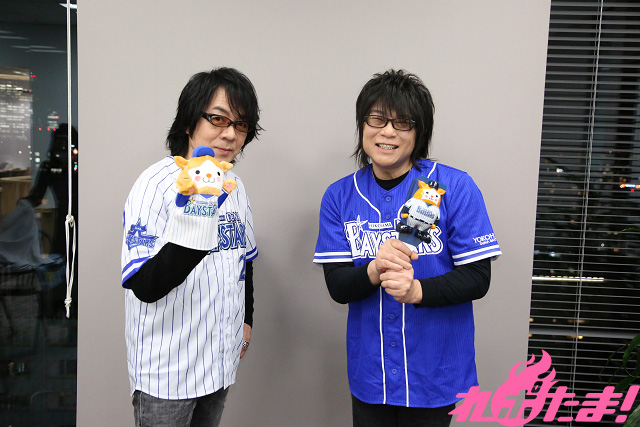 Playing ball for a long-awaited victory! Interview with Toshiyuki Morikawa and Show Hayami, the stars of “Morimori SHOW TIME”

A program where the voice actors Toshiyuki Morikawa and Show Hayami support their favorite baseball team the Yokohama DeNA BayStars (from here onward, “BayStars”) has begun! An official channel on the video streaming site niconico has been opened, and there will be various monthly broadcasts to support the BayStars, as well as extras for channel members!
Just before the channel’s commemorative opening stream, we got a chance to talk to them directly and hear about the highlights of their new program and their love of the BayStars.

―First of all, could you explain to us the basic overview of your new show?？

Toshiyuki Morikawa: It is a show where the two of us, as huge fans, cheer on our favorite team with the various projects we carry out each time.

Show Hayami: Actually, the name of the program hasn’t been finalized, and I’ve still only heard the rough details of how we’re going to run this. (laughs)

―I hear that the two of you have worked together in the past on programs related to the BayStars.

Hayami: I enjoyed it so much that I forgot that it was actually my job, since we got to watch the live game, chat, have beer, and so on.

Morikawa: On that day, the match got interrupted because of rough weather. And, as a result, the match time became longer…
Hayami-san had another job to go and do afterwards, but I didn’t know that. So I was surprised when he said to me in the middle of the game ‘I have to head out soon.’”(laughs)

Hayami: It was a spectacular win, so I wanted to stay until the very end. (bitter laugh)

―How did you both become fans of the BayStars?

Hayami: I’m from Hyogo prefecture, but my second-oldest brother was a fan of the preceding team, the Taiyo Whales. Also, our dad is a fan of the Hanshin Tigers, and our oldest brother likes the Yomiuri Giants. I’m not sure how we ended up all over the place like this. (laughs)

Morikawa: Didn’t you ever get into fights at home…?

Hayami: Not at all. We all watched the game calmly without any conflict.

Morikawa: That’s amazing. laughs) I lived in Kawasaki City in Kanagawa Prefecture. I’ve been supporting my team since I was little since it’s local to that area. Around 1978 when the Yokohama Stadium (hereafter referred to as “Hamasuta”) was completed, I had just moved to Yokohama with my family. It’s sort of weird to say it myself, but I think it’s safe to say that I’m a true fan of the team.

Hayami: I watched games hosted by the Hanshin Tigers on Sun TV for the longest time.

Morikawa: It was always “tvk” (TV Kanagawa) for me. Even if the program was ending after 9:00pm, I was always grateful when it was extended as a “relay night game” afterward!

―The two of you have been fans of the team for many years, but do you have any favorite players?

Hayami: Overall, I’d say I’m a big fan of the fielder Yoshitomo Tsutsugo. He’s now transferred to Major League Baseball, but he’s not only good at baseball but great as a person, too.

Morikawa: The news of him announcing the construction of a stadium in his local prefecture of Wakayama really got a lot of attention, and I think he’s amazing! For me, I really like Kazuhiko Endoh, a pitcher who was also known as “Mister Yokohama Taiyo”, and he’s a veteran on the team!

―In the past couple of years people haven’t been able to sing at the stadiums, but do you have any favorite cheering songs?

Hayami: Perhaps this is predictable but it’s Tsutsugo’s song that I like. The beginning goes like “Hit it high into the sky of Yokohama, run all the way home, Tsutsugo,” and I just love it!

Morikawa: There’s a “chance theme” that plays whenever the BayStars have a chance to score. The tension in the stadium really spikes! It’s also really fun to sing the Yokohama City Song together when the players are doing a walk. I never thought I’d be singing the city’s song of all things during a match. (laughs) 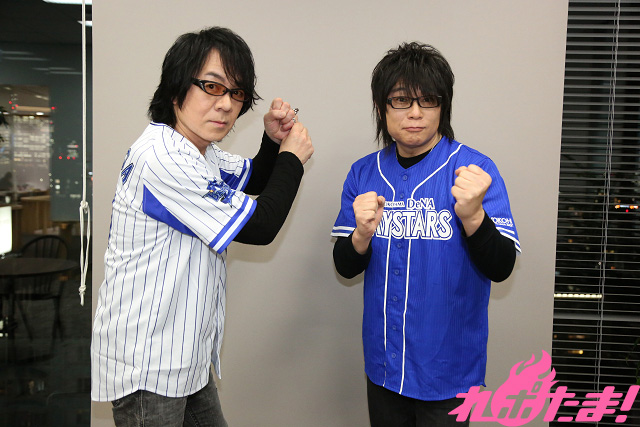 ―Do you have any memories from games you’ve watched?

Morikawa: I was impressed with a match the two of us went to see. They were up against the Tokyo Yakult Swallows at Jingu Stadium, right?

Hayami: That’s right. Was it back in 1999? Morikawa invited me to sit in the left outfield seat (where BayStars fans sit).

―The year before (1998) was the year when the BayStars were the best-performing team in Japan. Wasn’t there a lot of people there?

Morikawa: Actually that wasn’t the case… With the Hamasuta being their home stadium the Jingu Stadium is a bit of a ways away. I was able to get tickets on the day at a reasonable price. (laughs)

Hayami: I was impressed by how the BayStars won the match that day. I think the total result was 50-50? I wish I could go again.

Morikawa: Unfortunately last year they were last, but I’m glad that they are focusing on building the strength of the team by keeping the main players around while building up the new players.

Hayami: In the Pacific League, the ORIX Buffaloes won the league title for the first time in many years, and I’m enthusiastic in thinking that “it’s our turn next.” I think there are a lot of fellow fans who share this feeling!

Morikawa: There are a lot of confident players in their late 20s and early 30s in the current BayStars and I think this year will offer great opportunities to them, so I’ll do my best to cheer them on!

Hayami: Looking back at the previous year, it was really something how SAMURAI JAPAN (the Japan National Team) won the gold medal in baseball during the Tokyo 2020 Olympic Games.

Morikawa: Regarding the Tokyo Olympics, our player from Austin was a representative from the United States, but his pressure when up to bat was really great. He looked like he would hit the ball into space. I was really glad that he was a friend of the BayStars!

Hayami: I want the League rivals to really battle it out in Hamasuta this year!

―I think if we keep going like this we’ll never wrap up (laughs), so please give us one final message.

Hayami: The BayStars for this year will definitely take the win. I want to get drunk off of the victory sake in the fall!

Morikawa: We’ve already made our schedules open for October (where the “Japan Series” which plays the final game is held)! I’m just joking around of course (laughs), but I’m also really serious, so let’s cheer them on together!

★ About “Morimori SHOW TIME”
A variety program that cheers on the BayStars and delivered by Toshiyuki Morikawa and Show Hayami, voice actors who are big fans of the Yokohama DeNA BayStars!
They bring out a program once a month supporting the Yokohama DeNA BayStars in various ways throughout the year.
The channel membership is 550 yen monthly (tax included) and is scheduled to hold at least one live broadcast a month.
Channel members will be able to watch the entire broadcast, including the members-only parts.

【Present】(please note: applications from outside Japan are not available)
Morikawa-san and Hayami-san’s autographs on special coloured paper will be presented to one person!
Those who wish to apply are asked to please follow the Repotama! Official Twitter ＠repotama (https://twitter.com/repotama/) and retweet the tweet of this article. We will contact the winner via DM.
Application period: until February 18 (Fri) 2021 at 23:59 JST