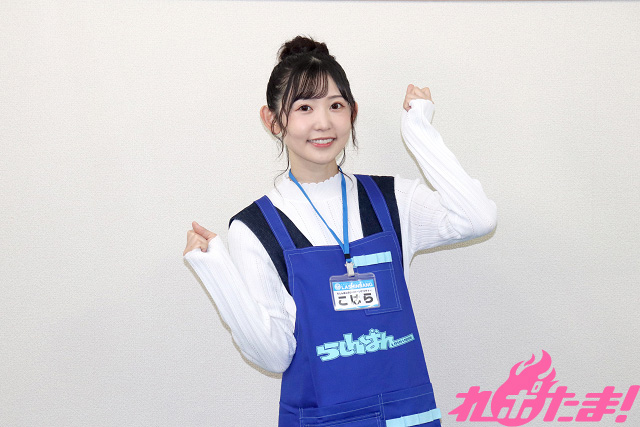 Comiket 99 “Lashinbang” ambassador of cheer! Interview with Riko Kohara in charge of Lashinbang Radio for January 2022

“Lashinbang” is a retailer that buys and sells used anime goods, figures, DVDs, Blu-rays, etc. across Japan. In store, a radio program featuring popular voice talents is being broadcast in the first and second half of every month. After the in-store broadcasting period is over for each voice actor/actress, the video archive of the show is being made available via YouTube.
Riko Kohara is the star of the show for January 2022, and she is an accomplished voice actress, having starred in such roles as Rokka Asahi in the anime BanG Dream! , Misa Aoi in Kandagawa Jet Girls, and Yoyoko Hinoyama in “Crayon Shin-chan Ora and Dr. Summer Vacation -A Seven-day Journey That Never Ends-“. She has also been giving a lot of talks on various subjects since September 2020.
Also, beginning this month, the show will be updating three times a month (previously two), and each radio personality will have that much more time to shine. We got a chance to interview her after her recording was finished.

―Please give us your overall impressions from the recording.

Riko Kohara: It was a lot of fun being a radio personality in the past, so I’m really happy to be able to do it again!

―You were appointed to be the “Lashinbang Cheer Ambassador” to liven up the Nagoya Osu Store which was reopened in June 2021.

Kohara: They showed off a lot of images of me on such a large scale, and I was really happy that I was able to show off the appeal of Riko Kohara to everyone.
Also, when I visited Nagoya on a different occasion, I stopped in and was able to say hi to the staff at the store again and I was happy!

―I’ve heard that you looked up the prices for various anime and game-related goods during the Nattoku Kaitori segment.

Kohara: I’d never much thought about “selling my stuff” before this. It was a first attempt for me, but some of the stuff I looked up would sell for enough to let you go on a short trip, so I thought “It would definitely be better to sell this stuff!”
Also, even if you don’t want to sell anything, you can still check the price just to know what your stuff is worth at the store!

―At the “Torisetsu” segment, you talked about games.

Kohara: That’s right! It’s sort of an advertisement, but I’ve been playing games on my YouTube channel “RikoSpace” since 2020. Right now I’m really into games like “Dead by Daylight” and “Fall Guys”. I’m particularly into Fall Guys right now, since it’s a game that exposes the true nature and instincts of people.

―What roles did you take on in the “New Anime Audition” segment?

Kohara: I tried out a few things, and one of them was with the theme of a “Necromancer”. I tried to act like a “refined butler” here, but I wasn’t really sure how to go about that and it was pretty tough… (laughs) In that situation, I thought that no matter how difficult the role, “I should make a punch line at the end”, and it ended up being a great idea. So please give it a listen and check out how I did!

―What sorts of questions did you answer in the “Question and Answer” section?

Kohara: When I was asked “Where do you want to go once the world calms down?” one of the places I said was “South Korea”. Traveling abroad is still difficult to do because of how things are right now, but I’d really like to go when everything calms down! I mentioned two other places, so please listen to the broadcast for those. 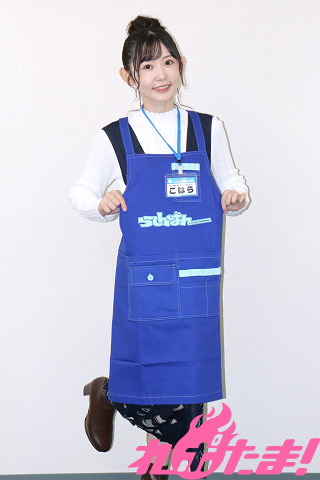 Kohara: That’s correct! As soon as it was announced that I would be a Cheer Ambassador, one of the highlights I mentioned was the “Not-embarrassing bag” that was popular at the 2019 Winter Comiket (Comiket 97). It’s big enough to suit a big shopper and was found all over the place at Comiket.

―I heard that you came up with a “Kohara-original” idea for how to use the “Not embarrassing bag”.

Kohara: Personally, I thought it would find great use in a leisure seat or as an apron. (laughs)

―I hear that there will also be a Kohara life-sized panel that’ll be installed.

Kohara: I’m really happy about that because I think it will be the first time I’ve ever had one of those set up.
The panel is set up like I’m holding someone’s hand, so if you stand next to me, you’ll have a photo of “two close friends just hanging out” (laughs), and I’d be really happy if you’d post it on social media with the hashtag #Lashinbang !

Kohara: I hope that things quickly get better than they are at the moment, and we’ll also be able to have more events and live concerts and I’ll be able to meet more people. Also, I would really love it if I could hear more from everyone else involved in voice work!

Kohara: This time I’m talking a lot about my personal life as well. I would love it if you could visit the store, but if that isn’t possible you can check out the show on the Lashinbang Channel on YouTube. So thank you very much! 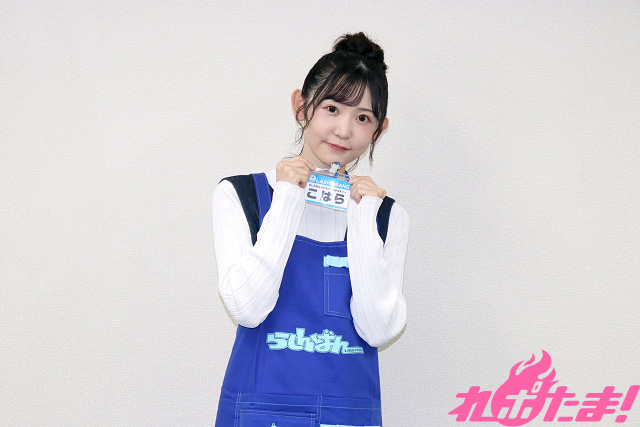 【Present】(please note: applications from outside Japan are not available)
Kohara-san’s autograph on special coloured paper will be presented to one person!
Those who wish to apply are asked to please follow the Repotama! Official Twitter ＠repotama (https://twitter.com/repotama/) and retweet the tweet of this article. We will contact the winner via DM.
Application period: until January 14 (Fri) 2021 at 23:59 JST