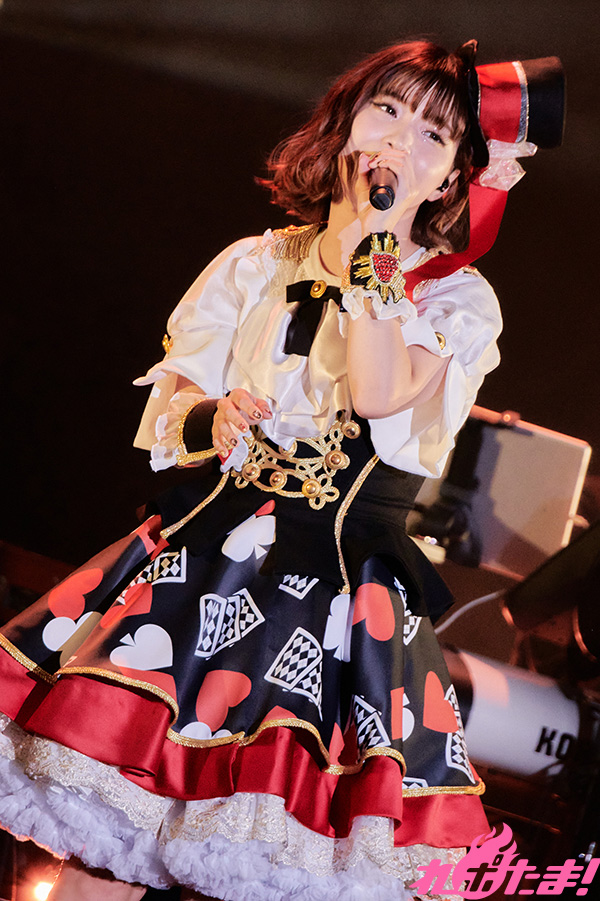 Everyone has fun on the last day of the long-awaited tour! “Asaka 2nd Tour Pontoon ~Make a BIG WAVE!!~ in Tokyo” Report

Anime song singer Asaka held a tour from September to October near stops along the Higashi Meihan railway, and the final performance was held on October 23, Saturday. 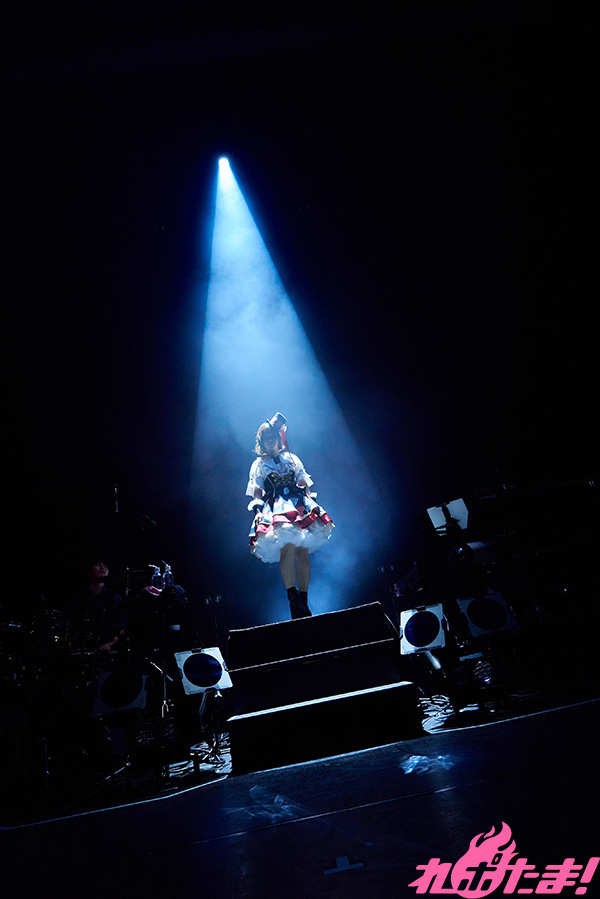 First, “Make a BIG WAVE!!” was performed as everyone shook their blue concert lights, and then as the lights on the seats turned pink, the song “Never Give Up!” was performed.
Asaka said to the audience “Thank you everyone for coming today! We’ll bring out even more wonderful songs from here on out. Please have a good time!” and then “lunaring”, “Guilty JUDGEMENT”, and “Utae, Odore, Otome wa Tsuyoshi” were all performed to a highly energetic venue.

After the fans returned to their seats, Asaka said “I’ll put how I feel right now into this next song”, and then the song “Kono Basho De” from TV anime YURUCAMP△SEASON 2. This song made during “time at home” created a relaxed atmosphere at the venue, and the now-seated fans appeared to be fully invested in the performance. 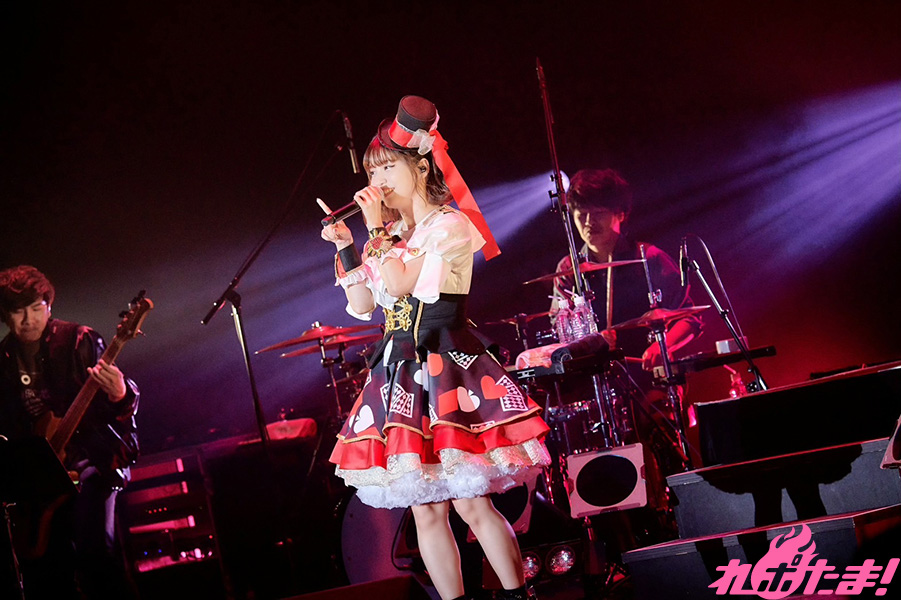 While everyone was clapping along, the theme song from the short anime HEYACAMP△ titled “The Sunshower” followed by “Peace Will Shine” and then the band members performed independently. During this part, Asaka went offstage to change and interacted with the members via voice-only before returning.

The band members have performed “local BGMs” at the Osaka and Nagoya venues, but this time Asaka said “Let’s do something more like Tokyo!” and because of her request, the band played a song reminiscent of a particular home appliance store and homages to certain well-known anime, and they received massive applause. After that, Asaka continued to make requests such as “Guitar and Piano!” and “Drums and Bass!” and special solo sections were held for each instrument to entertain the fans. 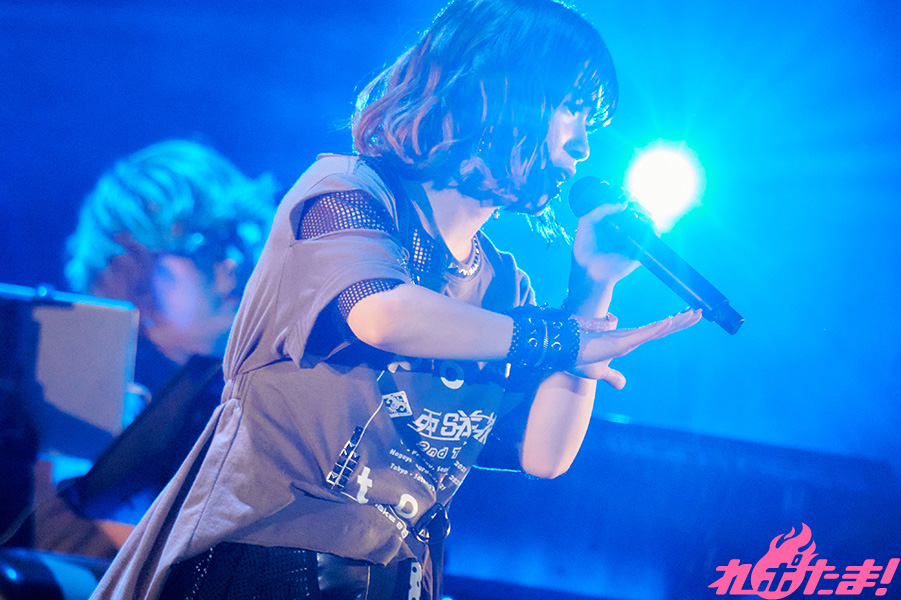 Next, Asaka returned to the stage. From here, the “Anime Song Cover Segment” began. “This is my favorite series and a movie has just been released too. It’s really well known,” she said, before the song “Triangler” from Macross F was performed. Asaka tells the venue “I really wanted to sing this next song since it’s been ten years since the TV anime started,” before the song “secret base~Kimi ga Kuretamono~” from Anohana: The Flower We Saw That Day was performed.

The “Anime Song Cover Segment” was carried out while maintaining the original intention of “I want to become an anime song artist”. After this, Asaka said “Please enjoy this next part!” the event moved on into the “Venue-Only Music” segment.
The opening theme of TV anime YURUCAMP△ “SHINY DAYS” was performed and followed up immediately with YURUCAMP△ SEASON 2’s opening theme “Seize The Day”, and everyone posed at the end of the performance with their fingers making a triangle shape.

After the event goods were introduced to the venue, the second half of the event began. First was a powerful performance of “Ryusei no Sorahe” followed up with “Marine SNOW” while the concert lights shone a bright blue.

After the opening theme “BELIEVE MYSELF” for the currently airing TV anime SHIKIZAKURA was performed, the opening theme “I believe what you said” from TV anime Higurashi When They Cry Gou was also played. The two songs were sung together as a collaboration, and the venue was bathed in a deep red as the energy in the venue went through the roof.

In the final announcement, five new big projects were announced in commemoration for Asaka’s 5th anniversary on October 26th. Particularly when the 1st Photobook was announced along with the One-Man Live to be held at KT Zepp Yokohama on January 10, 2021 (Monday/Holiday), there was massive applause from the audience.

From here, just two songs remained before the end of the event. Asaka tells everyone “I want to do my best to continue bringing songs to you with all of my heart,” before “Owaranai Yume” was performed. Finally “Eternal Star” was performed with the entire group standing on the platforms set up on both sides of the stage while Asaka waved her hands back and forth.

“From here on as an anime song artist, I will continue to stick close to anime songs and do my absolute best!” Asaka declared. The stage, which literally caused a “big wave” closed to a totally charged audience. 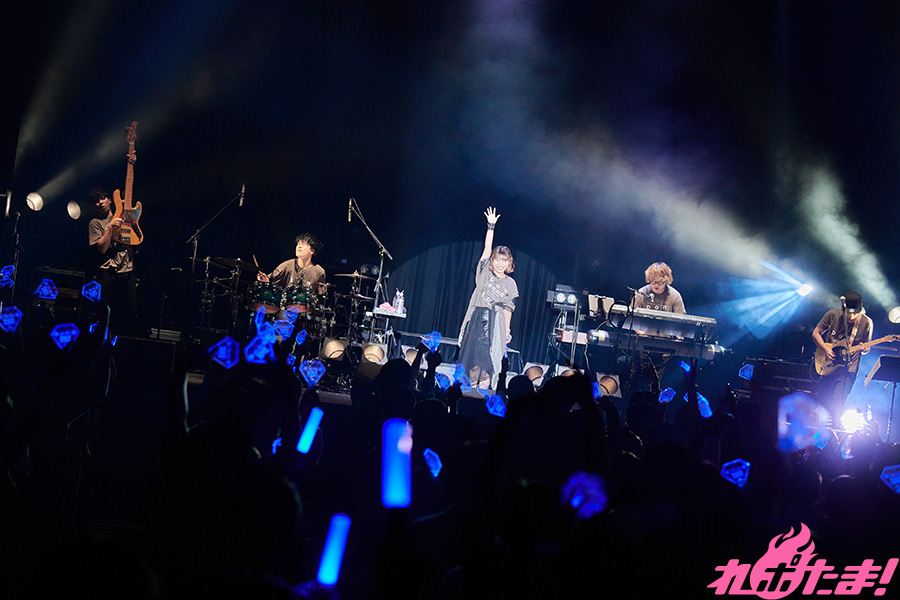 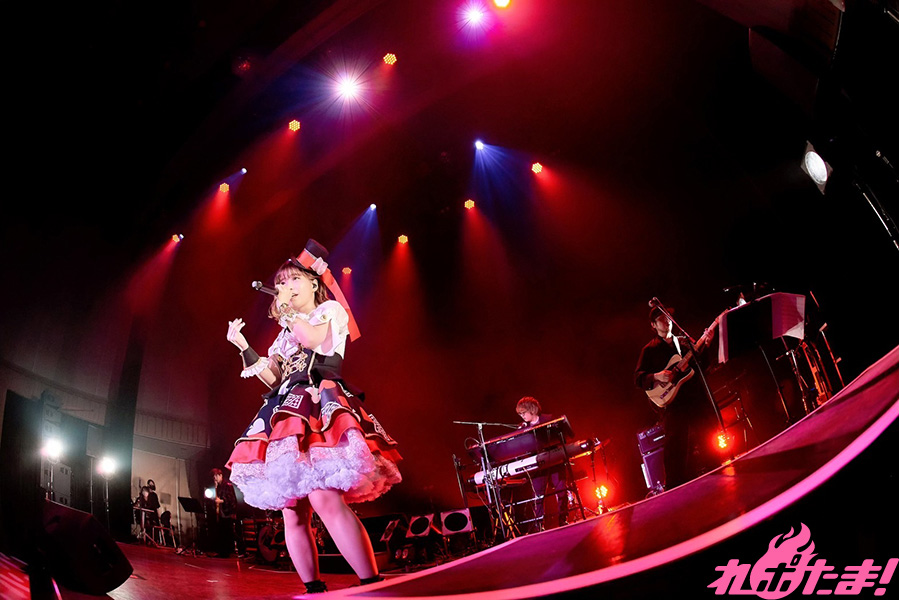 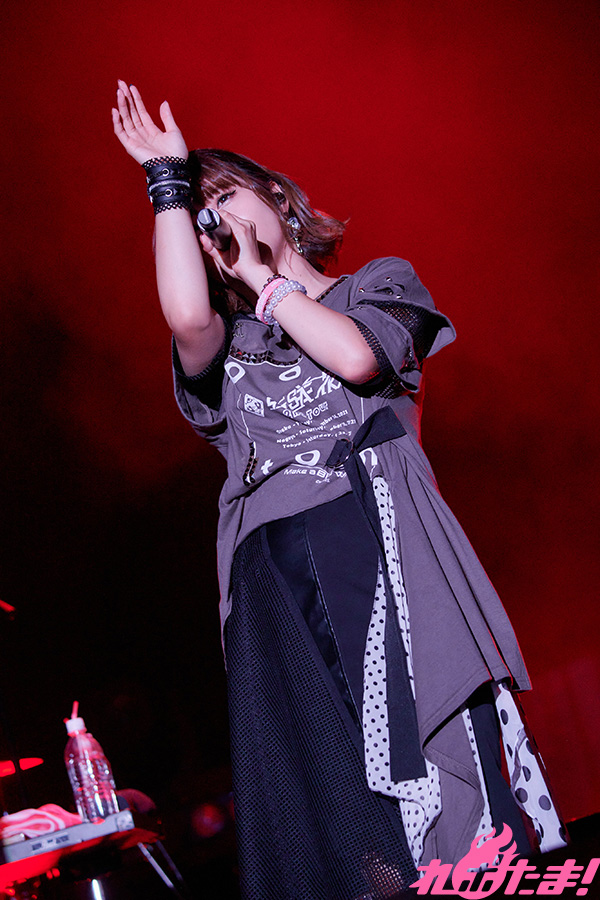 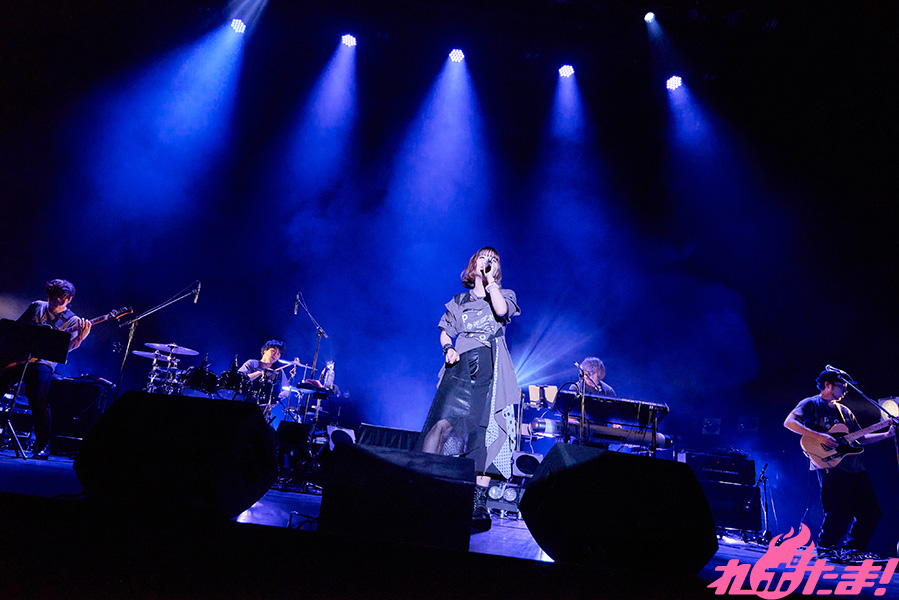 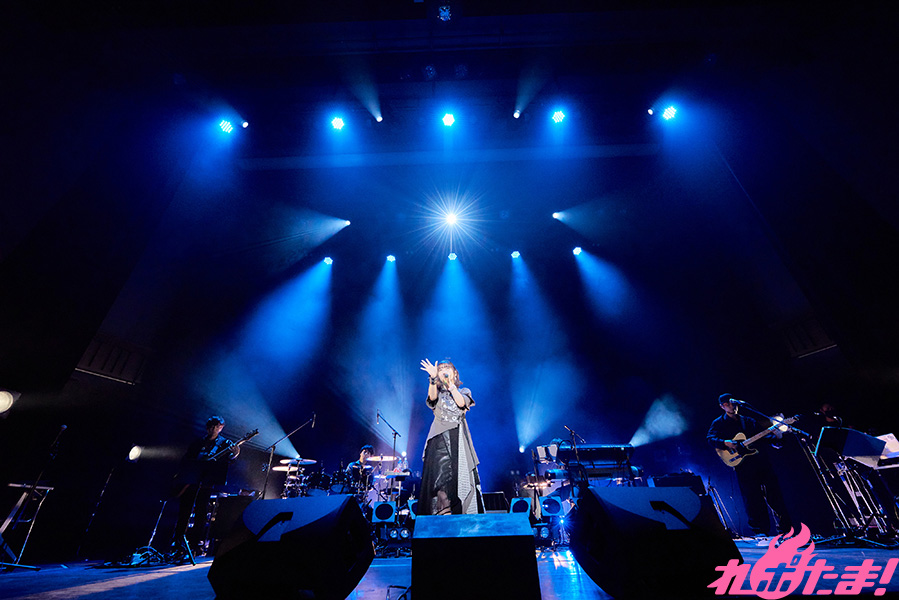