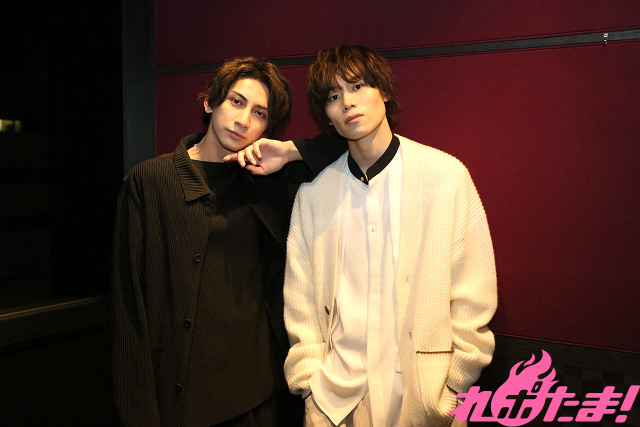 In STATION IDOL LATCH! (commonly known as LATCH!), the Yamanote Line’s station employees become idols after work. The station staff idols from each of the 30 stations entertain passengers (fans) with songs and talks.
This time, it’s all about Miyabi Fudo and his younger brother that he loves named Rei Soma, who grew up in a branch family. We interviewed Hiromu Mineta and Masaki Ota, who proudly play the roles of these twins in “LATCH!”

―First off, what did you think when you heard about the LATCH! project?

Hiromu Mineta: I was thrilled when I heard that it was a project associated with the Yamanote Line. At first I wondered whether they would make the station itself anthropomorphic, but then I found out that the “station staff would be performing idol activities after work” and then that made me wonder how this was actually going to be carried out.

Masaki Ota: I simply thought “that sounds interesting”.
Since there are 30 stations it was clear that there would be at least 30 idols participating, so I figured that it would be a project that would quickly spread all over the place.
I used to work as a member of a 5th-generation idol group, but back then I vaguely thought to myself “once this project is over, I guess I’ll go into working as an actor.”
So when I heard about the LATCH! project, I was a little bit confused at first but I decided to approach it with the intention of “participating in a new idol project as actor Masaki Ota.”
I would like to work my hardest and do everything I can in my performances so as to not be a bother to my seniors.

―Do you both use the Yamanote Line regularly?

Mineta: I use it nearly every day. When living in Tokyo, you just sort of end up using it naturally and it becomes a part of your day-to-day life. That’s definitely been the case for me. By the way, because the office is nearby I often use Ebisu station.

Ota: I use the line quite often. One thing about it is that even if you fall asleep while riding and miss your stop, the line will eventually loop back to the same spot, so there’s a feeling of security in that. (laughs)
A little while ago there was a lot of publicising about the massive amounts of construction being done around Shibuya station, so I feel like it’s a route that has attracted a lot of attention in Japan. I often use that same station. Again, because of the nearby office. (laughs)

Mineta: Whenever I go shopping, I’ll often get off at Shinjuku Station. Every kind of department store can be found around there!

―Have you both used Meguro Station and Mejiro Station? Also, what is your general impression about the station and its surrounding area?

Mineta: Meguro Station gives off the impression of being in a fashionable part of the city. However, there are still a lot of things I don’t know about yet, so I want to give the area a closer look and really convey its appeal to the passengers (fans).

Ota: My impression is that Mejiro Station is surrounded by a quiet residential area, but I can’t say I really remember getting off at that station… (bitter laugh)
Just like Mineta-kun, I want to increase my knowledge of the area too!

―With what sort of mindset do you two perform the roles of Miyabi Fudo and Rei Soma?

Mineta: When I was doing the recording for the voice drama, I thought to myself that I would try to reflect the overall image of Miyabi in my performance, and then the sound director said “Let’s keep that up!” so I wondered to myself if that was the right way to handle it.
Miyabi has a completely different attitude when he talks to Rei than when he talks to others. That’s how strong the bond between the two of them is, and I think it’s a great relationship they have!

Ota: Unlike Mineta-kun, I received a lot of direction from the sound director.
Rei’s character was difficult for me to play by voice, and the experience made me realize that voice acting is hard. I’ll do my best to learn as much as I can about Mejiro Station as well as Rei, and in the future I hope I’ll be told that “Because you worked hard, Rei’s character was well established”.

<strong―Please tell us a story from the recording of the voice drama.

Mineta: Ota-kun recorded first and then I did mine after, but it seems that after that Ota-kun went in and did it again later.

Ota: Yup. Due to a lack of skill, I had to re-record it on a different day… So as a result, listening to his performance and mine allowed me to listen to both of them like an actual dialogue. In this sense, perhaps it worked out well.

Mineta: I actually would have liked to have a real conversation, but this is just how things are at the moment so it can’t be helped. If we have a chance to have a live reading event next time, I hope everyone will enjoy our expressive and dynamic performance! 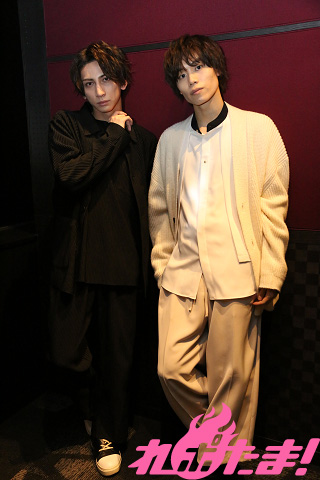 ―Please tell us your thoughts on the duet song “Get into the Wonderland” that you both sang together.

Mineta: I recorded mine after Ota-kun, so I got to listen to his voice. We both sang in high notes and there was a good sense of synchronization, so I think that the passengers will be able to tell that the two are twins.
Also, however, since the song division between the A melody and B melody might be different, I sang in such a way that would make the differences between us stand out well.

Ota: It was really easy to do because the director basically told me to “just freely be like Soma”. I’m looking forward to seeing what kind of performance we can do live.

―Miyabi and Rei are both twins, but do you have any “twin stories”?

Mineta: I co-starred with the comedian “The Touch” the other day, but our timing in the routine was so incredibly matched up that it left quite an impression on me.

Ota: My friend from my time as a student had a fraternal twin. I remember being kind of surprised that even though they were twins, their appearance and personalities really weren’t that similar. Does that mean that Miyabi and Rei are also fraternal? I’m curious!

―Moving forward, what do you want to do with LATCH! in the future?

Mineta: I’d like to try doing a shuffle unit that’s different from the Meguro/Mejiro unit. The cast is full of unique individuals, so if there’s an opportunity at a live event I’d definitely love to get the chance to sing and dance with them!

Ota: At the Yamanote Line stations, I’d love it if there was a LATCH! day once a month, and the cast’s voices could be used for the station announcements on that day. Also, if the train tune would also become one of our songs, there really couldn’t be anything more I could ask for! 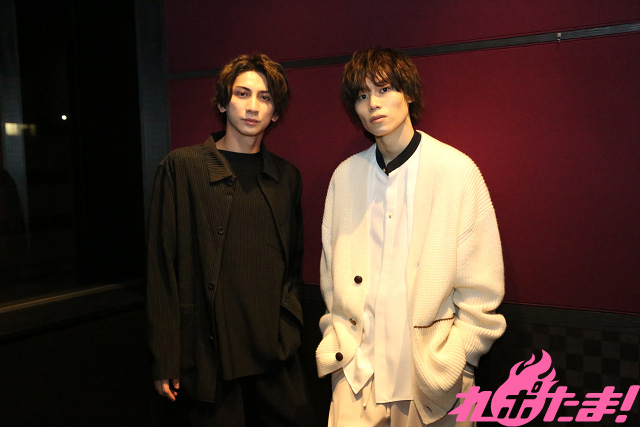 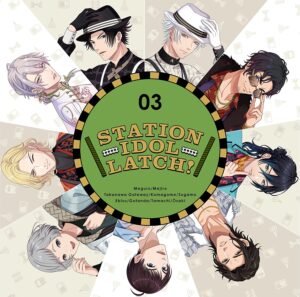