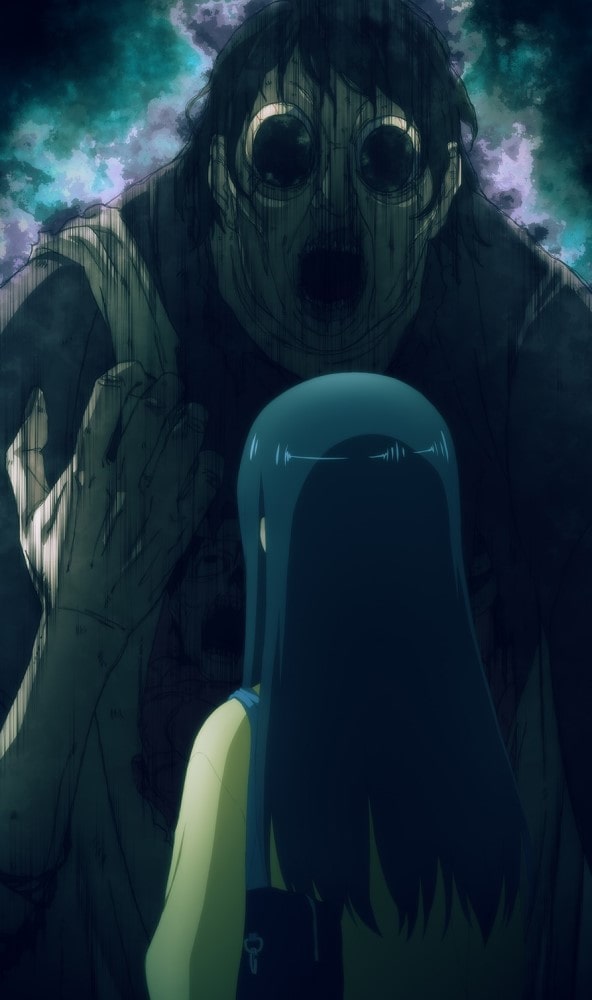 With the short story uploaded to Twitter becoming a big hit, the popular series MIERUKO-CHAN is currently being serialized via WebComic Apanda. An anime television series began airing in October 2021. 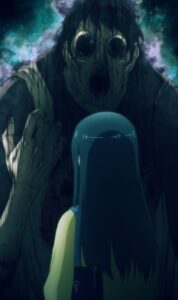 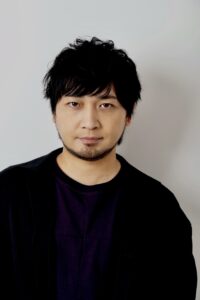 I was able to check out the original work when I auditioned for my role, but it’s a horror dressed up as a high school girls’ slice-of-life that is, in turn, dressed up as an emotionally-gripping horror… It has a lot of layers to the premise but I found the simple abnormalities in the story to make it a very easy work to enjoy. Summer may be over now, but I hope this work will help chill its viewers in the lingering summer heat. 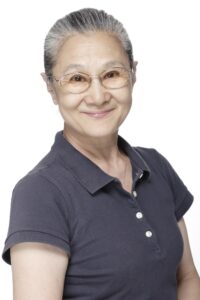 It’s interesting. The purer the person, the better they’ll see. Adults who are already too stained by their deeds can’t see properly anymore… but perhaps as they age more, they can again be made clean…? Hints are going to be made here and there in the story, so I’m looking forward to it. Let’s get more and more excited the further along we go in the story. 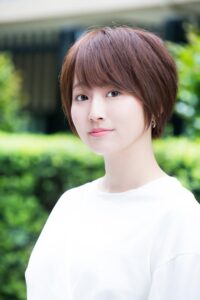 A boy of roughly this age who asserts enthusiastically that “I’m going to protect my mom and sister!” just naturally makes me want to smile. I hope you’ll enjoy the conversation and drama between Miko-chan (who can see) and Kyousuke-kun (who can’t see), who seem connected in some way despite being utterly at odds with each other…! 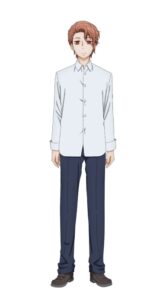 A nice young man who appears to be friendly with a soft disposition. Strangely, he has started appearing near Miko and the others often, but there’s something strange going on in the background here…

Known as “Shitamachi’s Godmother”. While she does squeeze money out of regularly-visiting suckers, she is probably also a real psychic. Yuria admires her. 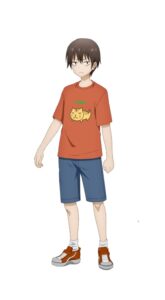 Miko’s younger brother. Likes watching scary programs on TV. He acts cheeky and is blunt towards her, but he doesn’t actually dislike his older sister. Actually, he likes her quite a bit. Apparently, they also took baths together until fairly recently.

【Episode 1 synopsis and scene preview】
【Episode 1 “Can You See Them?”】
This is the daily, ordinary life of Miko Yotsuya, an ordinary high school girl. She goes to school, attends class, goes home and watches scary shows on TV with her brother. However, a shadow begins to stalk her. Without any warning, it appeared in full view before her. At first, she thought it was something wrong with her mind, perhaps just a hallucination. Maybe she was just tired… but, “it” was certainly right there in front of her… 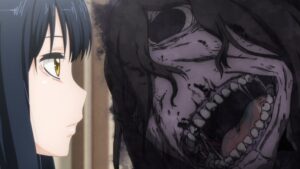 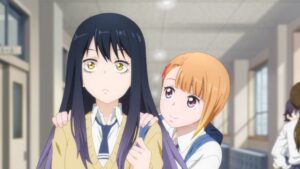 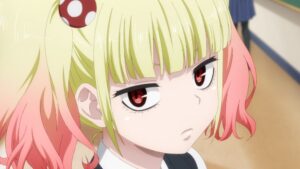 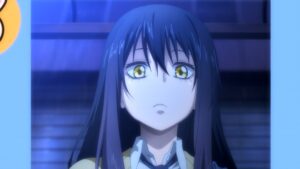 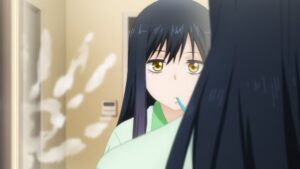 Would you take one look and run away?
Would you learn strange techniques, or get the help of a medium and fight them?
Well, as for the action taken by high school girl Miko Yotsuya…

I didn’t see anything, and I’m not noticing anything!
This is the story of a high school girl avoiding strange, grotesque “freaks” by making full use of an iron will to skilfully ignore what’s right in front of her…

Just because you can’t see them,
They’re right next to you, you see…?