Original work by Coolkyoushinja and Johanne and serialized in Kodansha’s Shonen Magazine R and Magapoke, this story is “the fairy tail that everyone knows… with one extra ‘peach’.”
The synopsis and scene preview of the 7th episode “Species and Belonging” of TV anime Peach Boy Riverside (broadcast on Thursday, August 12 2021) have been released.
In addition, an event is being held in the game Peach Boy Riverside Battle Saga (released via G123). Please check it out!

【Episode 7 “Species and Belonging”】
The Kingdom of Limdar was annihilated in an instant by the blue-faced Oni’s demon cannon! Hawthorne is at a loss after the kingdom he was to protect is suddenly gone, but Sally welcomes him into the party as a traveling companion. Her Oni powers taken away by Mikoto, Carrot rejoins the group and the journey quickly becomes more lively. As soon as Sally reunites with Mikoto, however, the question that arose during the journey comes up again… “What is discrimination?” 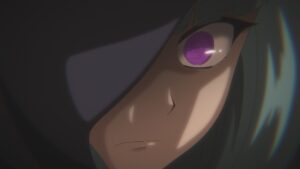 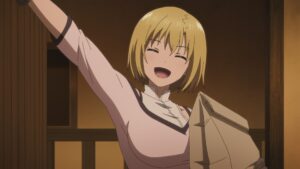 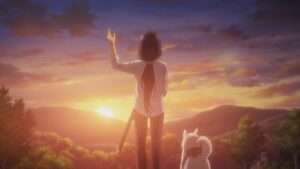 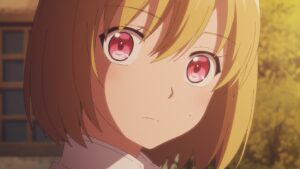 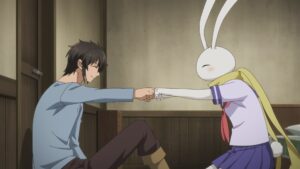 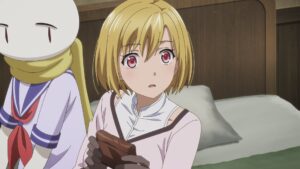 This anime is being broadcast on TV in its “on-air version”, which shuffles the chronological order of the episodes that are broadcasted into a nonlinear order.
※This week’s broadcast will be the “on-air version” of episode 7.
There will be a hint about the “time series version” episode number hidden in the next episode preview of the “on-air version”.
For everyone looking forward to the TV on-air version, please watch all the way until the end.

Director Shigeru Ueda has also talked in an interview about why he decided to air the series in nonlinear order.
Furthermore, d Anime Store began streaming both the “on-air version” and “time series version” from 22:30 on August 12 (Thurs) immediately after the broadcast on Tokyo MX, so please enjoy the show in both formats!
→https://anime.dmkt-sp.jp/animestore/CP/CP00001367 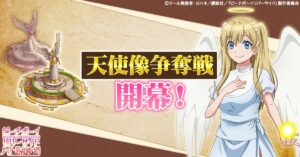 With the August 5th (Thurs) update, the “Angel Statue Competition” has begun.

【What is the Angel Statue Competition?】
・An event where you can compete for angel statues on the world map in guilds.
・The angel statue repeats in periods of 1 hour of “competition” and 10 hours of “peace”.
Players can efficiently acquire gold coins by collecting the angel statues.
Work with guild members to secure lots of statues!