Sally and the others head to a town rumored to be under attack by vampires… TV anime Peach Boy Riverside Episode 5 Synopsis, scene preview and new cast info have been revealed

Original work by Coolkyoushinja and Johanne and serialized in Kodansha’s Shonen Magazine R and Magapoke, this story is “the fairy tail that everyone knows… with one extra ‘peach’.”
The synopsis and scene preview of the 5th episode “Frau and the Vampire” of TV anime Peach Boy Riverside (broadcast on Thursday, July 29 2021) have been released.
In addition, information on the cast of new characters joining the series has been revealed. Comments have arrived from Sally Amaki, who plays Bellett, and Masaaki Yano, who plays Nonki.

【Episode 5 “Frau and the Vampire”】
Sally and the others next arrive in a town rumored to be under attack from vampires.
Once again, the demi-human Frau faces discrimination.
Carrot suggests they use Sally’s power to teach these discriminatory folk a lesson, but Sally replies “My power can’t be used on humans.”
Despite forgiving Sally, Carrot distrustfully insists “that’s still discrimination”, and upon finding the vampire, she requests that he massacre the entire town. 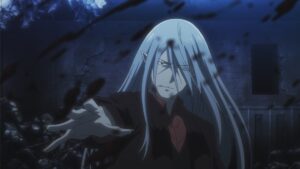 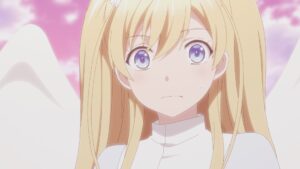 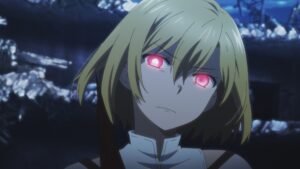 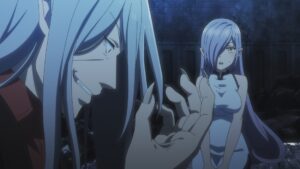 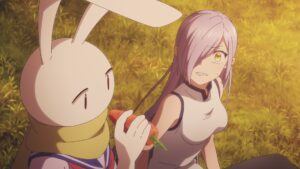 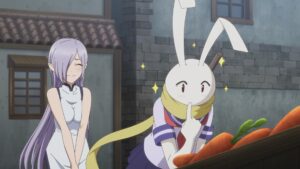 This anime is being broadcast on TV in its special “on-air version”, which shuffles the chronological order of the episodes that are broadcasted into a nonlinear order.
※This week’s broadcast will be the “on-air version” of episode 5.

Director Shigeru Ueda has also talked in an interview about why he decided to air the series in nonlinear order.
Furthermore, d Anime Store began streaming both the “on-air version” and “time series version” from 22:30 on July 29 (Thurs) immediately after the broadcast on Tokyo MX, so please enjoy the show in both formats!
→https://anime.dmkt-sp.jp/animestore/CP/CP00001367

【Comments from the cast】
Sally Amaki (voice of Bellett) and Masaaki Yano (voice of Nonki) tell us about their impressions of the characters they play. 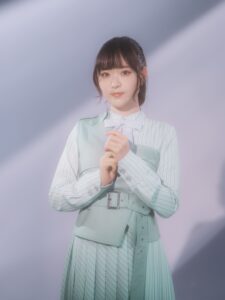 ＜Impression of this work＞
The continuation of the fairy tale that everybody knows! This was a concept that surprised me at first, and since the demons were a lot scarier than in the fairy tale I read as a kid, all of the characters were really cool in how they still faced them down anyway.

＜Impression of the character＞
When I first saw the Bellett I was going to be playing, since he’s a crybaby despite being a warrior I wanted to protect him instead of the other way around, and felt that he was lovely.
He may not be very strong yet, but I think Bellett’s greatest strength is in the kindness of his heart. 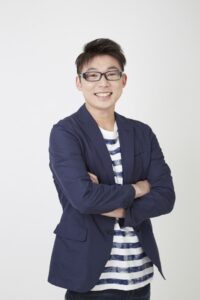 ＜Impression of this work＞
Using the story of Momotaro as a base, I personally really like how in this setting the various races coexist together, but there are also conflicts and discrimination that come up between the races in this world, and it ended up being a story that made me think deeply.

＜Impression of the character＞
I read the original story, and I got the impression “this is a good guy…”
What should someone do if they find themselves in a situation similar to Nonki… I would like everyone to pay close attention to how the story makes you feel about this.