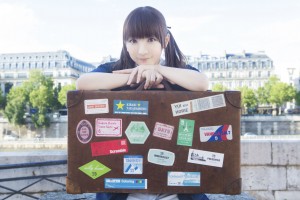 All episode of “Nagasarete Airantou” and “Kanamemo” is going to aired at this program because Yui Horie worked both main heroin`s voice. Also their gonna broadcast her new album`s promotion video too. Be surprise, total hour of this program is over 20 hour and it gonna separate in 2 day!! 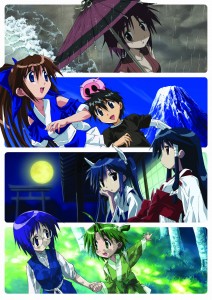 One day, Ikuto Touhouin had quarrel against his father and he decided to go travel to calm down. During the travel, he fall down from cruiser and drifted in ocean for several days then he arrived strange island called “Airantou”. But wait, this island`s resident was only the ladies. How nice! 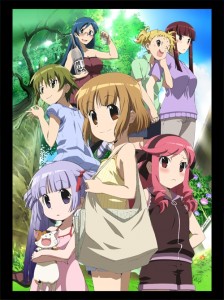 Kana Nakamachi became alone after her grandmother died. She had no relative so she ends up living and working at a newspaper delivery office called “Fushin-Shinbu-Senbaisho”.