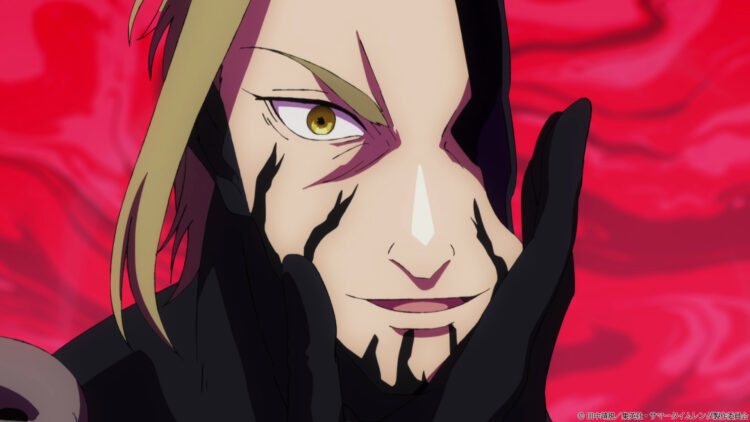 This time, the synopsis, scene previews and staff information for the 24th episode “Summertime re-rendering”, first airing on September 22 (Thurs), have been released.

Also, information about a special event that will soon be held has also been released.

【Episode 24 “Summertime re-rendering”】
Ushio resolves to sacrifice herself in an attack on Karikiri, but learns that with the main body in this world, they cannot win without completely destroying Shide’s armor. To pull this off, there was no choice but to use Ushio’s hacking ability in a direct attack on Shide.
A fierce battle with Shide begins! Shinpei, Ryuunosuke and Ushio protect each other as they fight.
It will take two minutes for the hacking preparations to complete. The question is, will they be able to survive long enough in this high-density timeline that feels like an eternity…
The final battle begins… 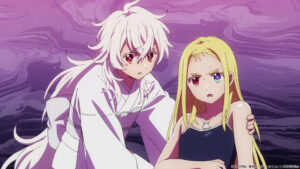 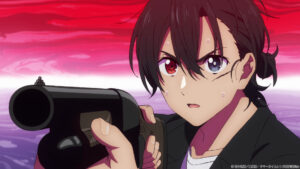 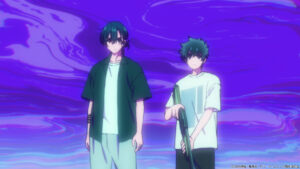 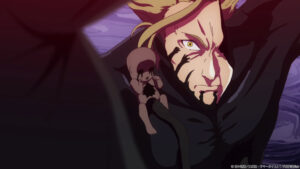 【TV Anime Summertime Rendering special event will be held on October 22 (Sat)!】
Natsuki Hanae (voice of Shinpei), Anna Nagase (voice of Ushio), and many others from the lovely cast will be participating in this event! A talk that can only be heard at this event will be held.
Even better, entry is free!
Applications can be made from the Summertime Rendering official Twitter account (@summertime_PR).
Applications are being held from September 20 (Tues) until October 3 (Mon). Be sure to check it out!

■Date
October 22, 2022 (Sat) Doors Open 1:00PM, Event Begins 1:30PM
■Location
Toshima-ku, Tokyo (closest station: Ikebukuro Station)
■Entry Fee
Free
■Performers
Natsuki Hanae (voice of Shinpei Ajiro)
Anna Nagase (voice of Ushio Kofune)
Saho Shirasu (voice of Mio Kofune)
Kenshou Ono (voice of Sou Hishigata)
Maki Kawase (voice of Tokiko Hishigata)
Katsuyuki Konishi (voice of Masahito Karikiri)
and more…
■How to Apply
After reading the “Points of note concerning application/participation” below and the reader agrees to the conditions, applications can be made via the official Summertime Rendering Twitter account. Following the official Summertime Rendering Twitter account (@summertime_PR) and retweeting the relevant tweet completes the application.
■Number of Guests
280 people
■Application Deadline
October 3 (Mon) at 11:59PM JST
■Points of note concerning application/participation
・If there are a large number of applicants, winners will be chosen by raffle.
・Instead of a public announcement, winners will be contacted directly via DM. Inquiries about the results of the raffle cannot be answered.
・Winners are scheduled to be contacted on October 7, 2022 (Fri).
・Winners who are no longer following the official Summertime Rendering Twitter account (@summertime_PR) at the time of being contacted will be disqualified.
・Winners who cannot be contacted at the time of winning may be disqualified.
・Reselling, transferring, auctioning, etc. the winning rights is prohibited.
・Any personal information collected will not be used for any other purpose than the campaign, and will be managed and handled strictly.
・Only the winners will be notified about the details of the event venue.
・Participation in the event will be free, but all other expenses required for participants to be able to participate such as transportation to the venue or accommodation, will be borne by the participants themselves.
・If it is decided that ensuring the safety of visitors is difficult because of the novel coronavirus situation, any typhoons, earthquakes or other unavoidable circumstances, please apply knowing that there is a possibility that the event is canceled even after winners are notified.
・The event may be canceled without prior notice before the day of the event or on the day of the event. Additionally, even after the event has begun, it may be canceled due to unavoidable circumstances. Please apply noting that the organizer will not be able to bear the costs of transportation or accommodation for visitors even in this situation.
・Whether it happens on the day of the event or before, if the event is canceled, it will not be held later.
・The event will feature coverage involving photography/filming, be shared on the official website, official social media, the official video site and other media related to Summertime Rendering. Please take note before applying.
・Applications limited to one per person. If duplicate applications are found, the winner may be disqualified or their win may be withdrawn.