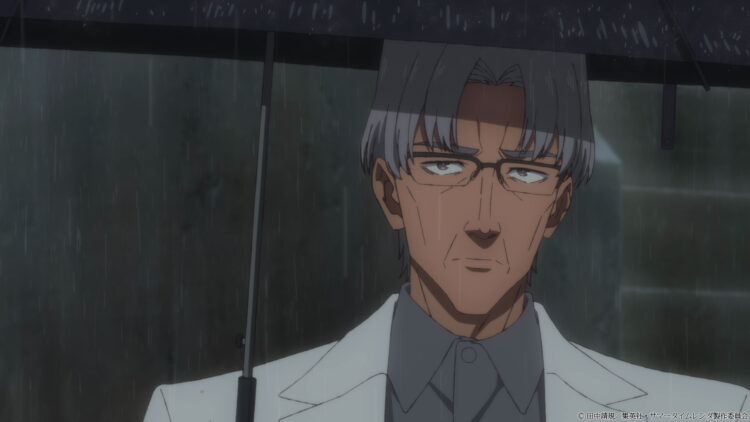 This time, the synopsis, scene previews and staff information for the 21st episode “Shinpei Ajiro’s Longest Day”, first airing on September 1 (Thurs), have been released.

Additionally, a commemorative present campaign for an autographed script was started just before episode 21 first aired! (Please note: applications from outside Japan are currently unavailable).

【Episode 21 “Shinpei Ajiro’s Longest Day”】
Seidou Hishigata appears before Shinpei, who he finds in deep despair over Hizuru’s death. During their conversation, Shinpei gains a new clue about Shide. He learns of a possibility that Shide has been keeping his own corpse stored away as a spare body to use.
Shinpei also thinks back to the day of the Hitogashima Summer Festival… July 24th, where Ushio would return still knowing nothing. There are signs that she might come back once more, but Haine and Karikiri are intent on getting a hold of her first. 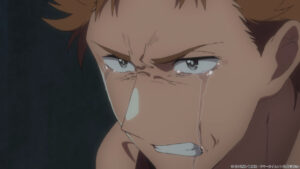 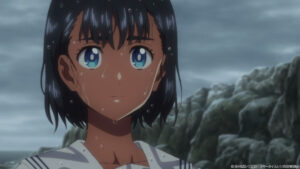 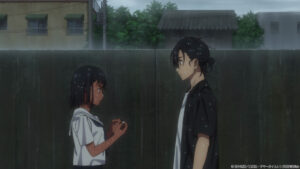 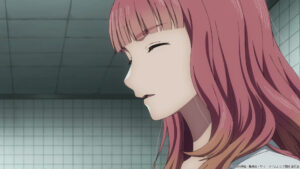 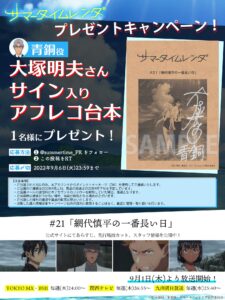 In commemoration of the broadcast of episode 21 “Shinpei Ajiro’s Longest Day”, a present campaign has begun!
One person who follows the anime’s official twitter (@summertime_PR) and retweets the campaign tweet will be chosen at random and presented with a “#21 dubbing script signed by Akio Otsuka, voice of Seidou”.