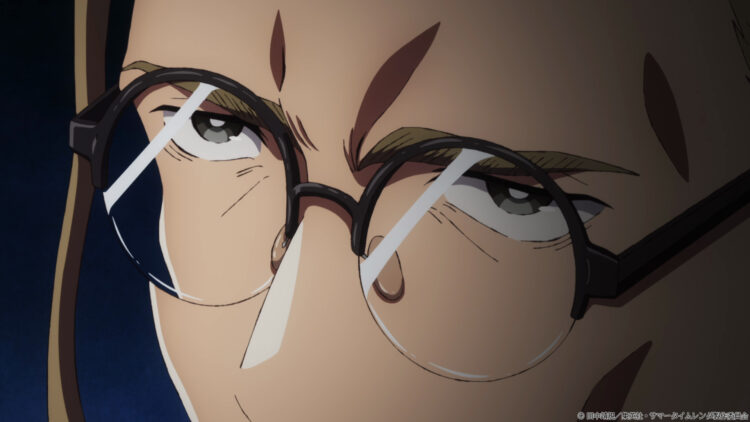 This time, the synopsis, scene previews and staff information for the 18th episode “Confrontation”, first airing on August 11 (Thurs), have been released.

Additionally, a commemorative present campaign for an autographed script was started just before episode 18 first aired! (Please note: applications from outside Japan are currently unavailable).
It has also been announced that the sale of original frame stamps will also begin!

【Episode 18 “Confrontation”】
Shinpei came to Hito Shrine and visited with the priest Karikiri. Shinpei showed him a photo taken 70 years ago, and the photo included Karikiri bearing his present-day appearance. Shinpei cross-examines him, determining whether he is indeed the first head of Hishigata Clinic: Hishigata Shidehiko = “Shide”.
Before long, Shinpei learns that he is facing down the enemy of the deceased parents, and has to bring Shide down. However, while hesitating to kill Shidehiko who holds the form of a living human and not a “shadow”, Shinpei notices something off about Karikiri’s appearance. 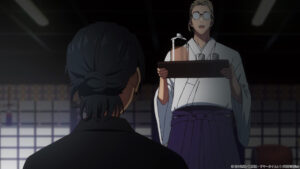 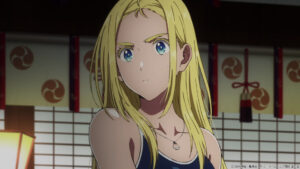 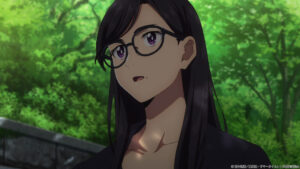 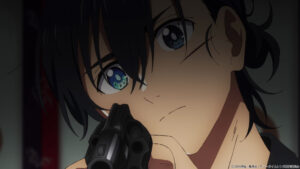 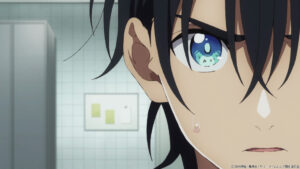 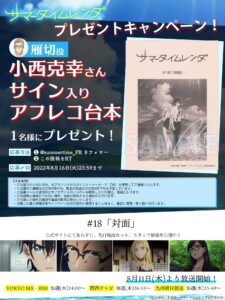 In commemoration of the broadcast of episode 18 “Confrontation”, a present campaign has begun!
One person who follows the anime’s official twitter (@summertime_PR) and retweets the campaign tweet will be chosen at random and presented with a “#18 dubbing script signed by Katsuyuki Konishi, voice of Karikiri”. 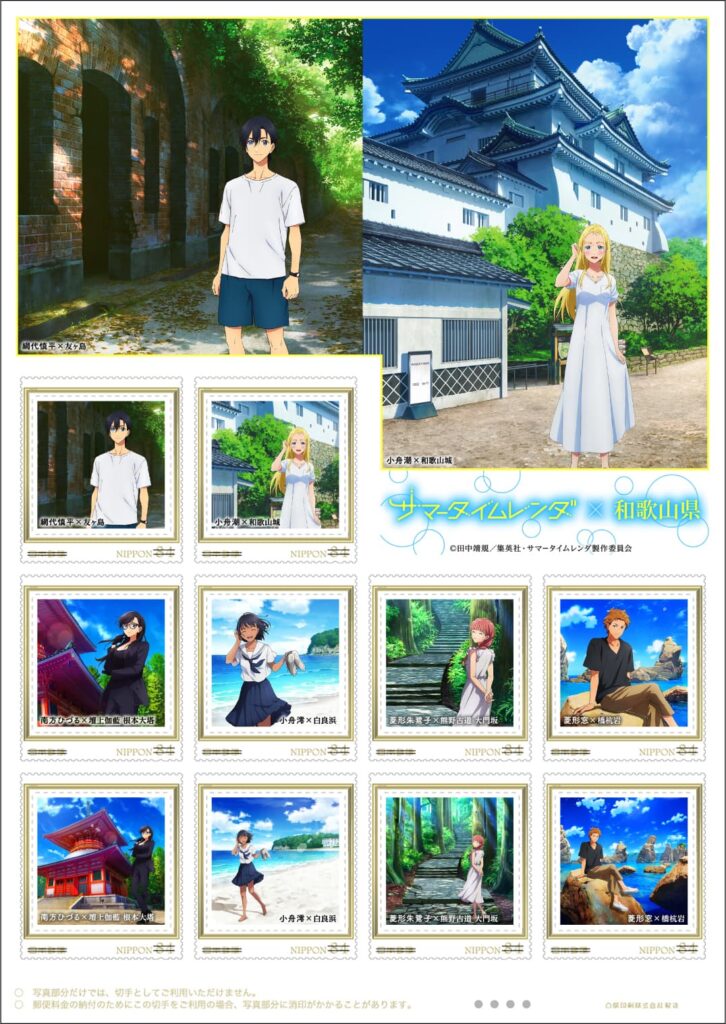 Japan Post has begun selling 「Summer Time Rendering×Wakayama Prefecture」Original Frame Stamps!
In addition to being sold at post offices in Wakayama Prefecture, they were also made available at Comic Market 100, held at Tokyo Big Sight from August 13th (Sat) to 14th (Sun), 2022. 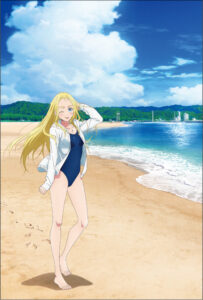 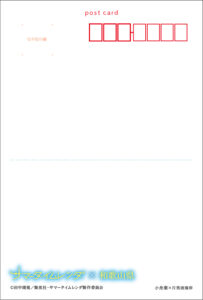 Customers who make a purchase of these stamps at a post office will receive a 「Summer Time Rendering×Wakayama Prefecture」Original Postcard for each sheet purchased. 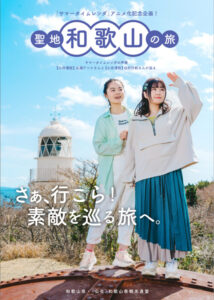 Additionally, the first 100 people who make a purchase at the Wakayama Central Post Office will receive a booklet version of the digital guidebook “A Trip to the Sacred Land, Wakayama” created by the (public corporation) Wakayama Prefecture Sightseeing Federation.