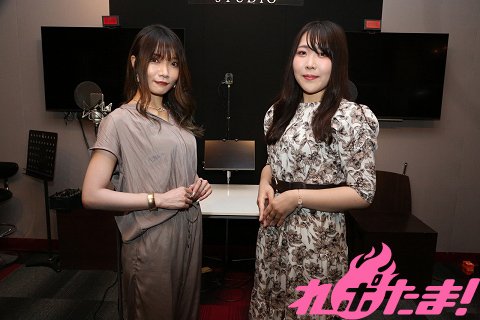 Coming after the release of “Cyber Sentai Last Angels SP STAGE 1 Angels of the Light” in March 2021 and “SP STAGE 2 Character Song Collection” released in April of the same year, the third CD will finally be released on March 2nd (Wed), 2022! Fighters known as the “Last Angels” (hereafter referred to as “Angels”) fight in a desperate battle that will determine the survival of mankind.
Additionally, Lav (voiced by Ayana Taketatsu) & Midi (voiced by Sakura Tange) perform a duet in the new ED theme “Invisible Link”, available via digital distribution starting February 16 (Wed). The two singing voices beautifully express the nature of their world in this story.
This time, we got a chance to talk to Mao Minamisawa & Haruka Sakurai, who voice Alice and Oz: two humanoids controlled by the mother computer “Teddy”.

―Could you introduce the characters you played again?

Mao Minamisawa: Alice was a cybernoid corps instructor in charge of Lav and the others back in SP STAGE 1, but now she’s under the control of Teddy and makes another appearance in this series as an enemy.

Haruka Sakurai: Oz is a humanoid of the same kind as Alice, and looks similar to Alice as well. That said, Oz’s personality is completely different, and speaks in a much rougher way.

―Please tell us about your impressions post-recording.

Minamisawa: I got to have the opportunity to work alongside Sakura-san in a different production, so I wondered whether I could get a sense for how she would perform before she did anything. The performance ended up being as I expected and I really enjoyed performing alongside her!

Sakurai: Thinking about her relationship with Oz, I listened to a lot of scenes with Alice in advance to prepare. I hoped I could pull off a little brother for Alice in my performance as Oz.

―What are some of the draws of Last Angels?

Minamisawa: The setting is very detailed. When I got the script for SP STAGE 1, I read through the glossary and drew a diagram correlating the other characters to my own. I think you get drawn into the story especially because of how the worldbuilding is done.

Sakurai: I watch a lot of things that are set in the near future, but I love how Last Angels is filled with such lovely things as bishoujo and battles. Each character bears extreme responsibility, and the cast all performs their roles very carefully so I made sure to play my character properly as well.

―What characters in particular have you taken an interest in in this series?

Minamisawa: It’s Lav for me. I was really moved by her show of humanity.

Sakurai: I’ve liked Alice since SP STAGE 1. I’ve always liked beautiful and cool onee-san characters (laughs) but I love how she has a playful side and how she did things like throw chalk at the Angels during their old lectures!

Minamisawa: Yeah that scene, I love that one too. (laughs)

―Please give us some highlights from this work.

Minamisawa: There’s something of a gap between the comical interactions between the characters and the serious scenes, and I really like that. I can’t talk more about the relationship between Alice and Oz, but as the story goes on you’ll find yourself surprised so I hope you’ll look forward to it!

Sakurai: “Family” is one of the big themes I think, so I hope everyone could be aware of that. Given how the world has been for a while, I think a lot of people haven’t been able to easily meet with their families so I think it’s a particularly emotional story.

―Alice and Oz are set as “siblings”, but do you two have any siblings?

Sakurai: I have a younger brother, but his personality is completely different from mine. I was a liberal arts student and I like reading, but my brother is really into sports. Even though he just started playing volleyball in school recently, he’s already rushed up to the top bracket of players in the prefecture and is just amazing. The only thing I can do well at is swimming. (laughs)

―In this story, humanity is exposed to the threat of nuclear annihilation by a supermassive black hole bomb called “Googolplex”, but what would you two do if our Earth was in a similar situation?

Minamisawa: The first thing I would do is hold my lion stuffed animal I’ve loved since I was little. Then, I’d go and visit all the people I love and give them a hug. Then I’d like to go eat cheese and drink wine at a nearby wine bar.

Sakurai: I would like to get my relatives together and hold a “Yuba Party” (a delicacy). We could put it in any shape, like sashimi or in a hot pot, really I just want to eat a lot of yuba! Also some beer and highball to go with it. (laughs)

Minamisawa: It’s a wonderful story that really shows off its fleshed-out world via soul-filled acting and fantastic direction. I want everyone to “Watch with their ears” and experience the excitement of this story!

Sakurai: I’m honored to be able to get involved with such an important work. We hope that the Angels will continue to be featured in all kinds of content in the future! 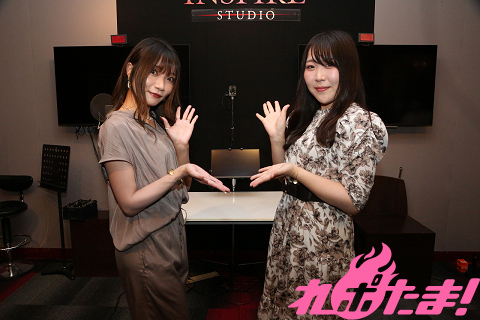 【Present】(please note: applications from outside Japan are not available)
Autographs from the two actresses on special coloured paper will be presented to one person!
Those who wish to apply are asked to please follow the Repotama! Official Twitter ＠repotama (https://twitter.com/repotama/) and retweet the tweet of this article. We will contact the winner via DM.
Application period: until March 18 (Fri) 2022 at 23:59 JST