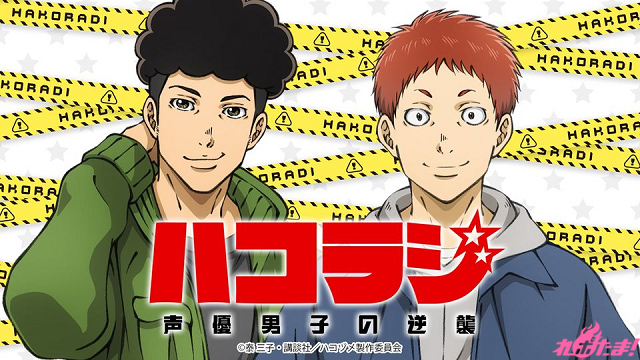 The “Mojatsun” pair talks about their work in detail! Interview with Ryota Suzuki (voice of Seiji Minamoto) and Shinba Tsuchiya (voice of Takeshi Yamada) from anime “HAKOZUME~Kobanjoshi no Gyakushu~” web radio

Hakozume~Kobanjoshi no Gyakushu~ (also known as Hakozume) is a popular and currently airing anime. It is a work that focuses on the laughter as well as the seriousness of the daily life of police officers stationed in the fictional town of Machiyama, Okajima. The cast members in this anime are also working as media personalities, and a web radio showing off the full power (?) of the show is also being broadcasted occasionally!
The first broadcast featured Shion Wakayama (voice of Mai Kawai) and Yui Ishikawa (voice of Seiko Fuji), and they held a great talk.
Then, the next broadcast was held on February 21 (Mon)! We got a chance to interview Ryota Suzuki (voice of Seiji Minamoto) and Shinba Tsuchiya (voice of Takeshi Yamada) and talk about their enthusiasm for the program and the anime.

―Please tell us how you felt when you first heard there would be a program.

Ryota Suzuki: I have never had the chance to do a program with Shinba-san, but we didn’t have anything in particular to worry about when the day of recording arrived.

Shinba Tsuchiya: Ryota won the NHK Cup National High School Broadcasting Contest back in high school, so I felt like I was riding on a big wave this time!

Suzuki: That has nothing to do with it! (laughs)

Tsuchiya: I was just messing around (laughs), I thought to myself something like “It’s finally our turn!”

―The stars from the first broadcast, Shion Wakayama and Yui Ishikawa, left a message saying to “add ‘wan’ (woof) or ‘nyan’ (meow) to the end of your sentences when you speak.

Tsuchiya: There’s no way someone could keep that up till the end (laughs)

Suzuki: Even if someone did it, they wouldn’t last for more than a few sentences… (laughs)

Tsuchiya: Was there actually such a request? I’m looking forward to listening to it! (laughs) 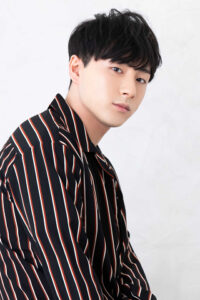 ―Could you introduce your characters again?

Suzuki: Minamoto is a young ace officer, and he’s very good at getting in the mind of other people (especially the suspect). Some people will even say “I want to meet Minamoto, so I’ll commit a crime.” (bitter laugh) Alongside Mai and the others, he helps liven up the world of this story.

Tsuchiya: Yamada is a man with a strong sense of justice. As a result, he ends up causing accidents and trouble for others when working, but I think he’s a relatable and easy to understand person. By the way, the two of them together are called the “Mojatsun” pair because of their respective hairstyles (Minamoto has tousled “moja moja” hair, whereas Yamada has hair that sticks up “tsun tsun”)!

―Could you give us a story from when you were dubbing?

Tsuchiya: I was really impressed with how Ryota came to the site wearing shorts.

Suzuki: That isn’t what you’re being asked! But, yeah, I was (laughs)

Tsuchiya: That was another joke (laughs), but really what I thought to myself was “I hope I can steal even a little bit of technique off of Ryota,” but after watching his performance there, I now get to actively study from him during the live broadcasts!

Suzuki: Shinba-san has been taking on roles since he was a child, and since I began my acting studies in high school, so I think our process has been completely different. In Hakozume, acting naturally is what’s important, so I always try to keep that in mind when performing.

Tsuchiya: I have an especially weird history. When I was a child actor, I did things like “go to Bulgaria by myself and get painted white.” (laughs)

Suzuki: Even after hearing what you said, I don’t have any idea what that means. (laughs)

Tsuchiya: Aside from that, I also performed while thinking “I want my performance to be like an extension of my real-life self” just like Ryota.

―Could you tell us about a particularly impressive experience with production?

Tsuchiya: I really had a crazy time in episode 8 where we had to interact with some anti-social people!

Suzuki: I didn’t think that my voice would just die on me when recording for Hakozume…

Tsuchiya: In the earlier episodes, it was common for the first and second (A and B) halves of the episode to basically be separate episodes by themselves, but later on the number of longer continuous stories began increasing. I think that everyone was able to learn about the characteristics and personality of each character in the earlier episodes, so I hope everyone will really get a lot out of these later episodes too.

Suzuki: The part in episode 5 where Yamada has to interact with someone caught groping was interesting as well. Yamada really showed off his humanity, and it made me think “It’s impossible to hate this guy.” 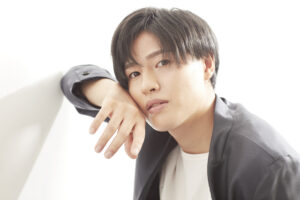 ―Did the two of you change the way you think about police/police officers after playing your roles in Hakozume?

Tsuchiya: On my way to work, I noticed there were a lot of police officers and riot police standing around like they were guarding a VIP or something. I passed by every time feeling pretty on edge, but then realized I was observing their gear and outfits pretty closely. (laughs)

Suzuki: I have a similar sort of experience. There is a koban (small police station) near my house, but every time I walk in front of it I adjust my collar even though I haven’t done anything wrong. Does everyone have this kind of experience?
But lately just like Shinba-san, I’ve really started getting interested in what kind of things officers wear and for what purposes. (laughs)

―Please give us all a final message.

Suzuki: I hope everyone will see how the Okajima Prefectural Police are prepared and united to handle any major incidents. Please look forward to seeing more of what Kawai has in store soon too!

Tsuchiya: First I’d like everyone to look forward to seeing the success of us as buddies. And like Ryota mentioned, Kawai possesses a “wonderful skill” that nobody else has. It’s key to the story so please pay close attention! 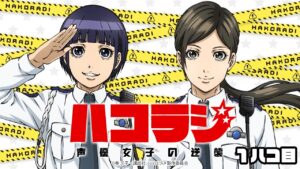 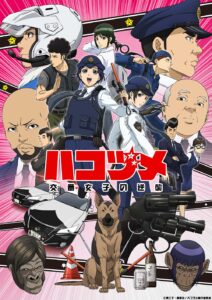 【Present】(please note: applications from outside Japan are not available)
Suzuki-san and Tsuchiya-san’s autographs on special coloured paper will be presented to one person!
Those who wish to apply are asked to please follow the Repotama! Official Twitter ＠repotama (https://twitter.com/repotama/) and retweet the tweet of this article. We will contact the winner via DM.
Application period: until March 18 (Fri) 2022 at 23:59 JST