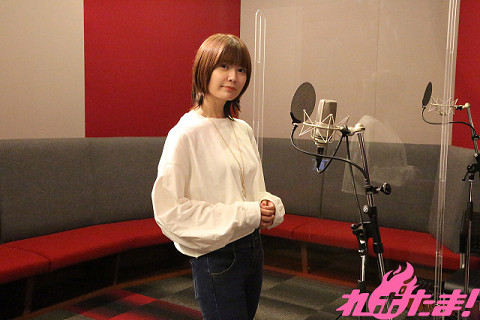 “Cyber Sentai Last Angels” is a large-scale mixed media project filled with brilliant voice talent. Following the 25th anniversary of the original Cyber Sentai Voogie’s Angel by Aoi Takeuchi, this is a reboot project with a completely new story and new characters set in the same world.
Coming after the release of “Cyber Sentai Last Angels SP STAGE 1 Angels of the Light” in March 2021 and “SP STAGE 2 Character Song Collection” released in April of the same year, the third CD will finally be released on March 2nd (Wed), 2022! Fighters known as the “Last Angels” fight in a desperate battle that will determine the survival of mankind.
This time, we got a chance to interview one of the Last Angels’ members, Ayana Taketatsu, who is behind the voice of Lav.

―What did you feel when you first heard that there would be a sequel?

Ayana Taketatsu: The ending of “Cyber Sentai Last Angels SP STAGE 1 Angels of the Light” was really concerning, so I thought “No way, this can’t be the end.” So I was really glad to find out that there would be more.

―Could you give an introduction of your character again?

Taketatsu: Lav was separated from her parents when she was a little girl. Then, she ended up losing her life before being resurrected as a cybernoid. This is where she became one of the warriors known as the “Last Angels” and fought alongside the other members in order to save mankind. She’s still a young girl and that shows from time to time, but she’s also somebody with a lot of life experience already.

―How was it performing as this character?

Taketatsu: I felt this in “SP STAGE 1” as well, but when we’re little, parents seem so incredibly big to us. So for her to be separated from them at such a young age must have been an indescribable experience. This time around as well, I did the recording while being conscious of Lav’s backbone and resolve.

―Was there anything that was difficult?

Taketatsu: Because it’s a voice drama, it was pretty challenging to try and imagine under what circumstances Lav and the others were fighting the enemy and then perform accordingly. I also really wanted to have conversations with the others, but it was difficult to do so because of present circumstances. If there’s another recording in the future, I would love to record it with everyone together again.

―Are there any characters that have caught your eye?

Taketatsu: Each member of the Last Angels guard their own secrets and have things about them that capture my attention, but I was particularly interested in Teddy (called “The Boy”), a boy-type interface that’s fighting against Lav and the others. He has a mysterious appearance, and I wonder what he’ll do to approach them in the future? I’m really concerned about that, it’s kind of scary. 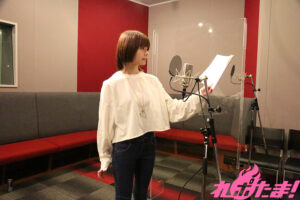 ―Please give us a highlight from this work.

Taketatsu: This time around, two characters known as “Alice” and “Oz” that are subordinate to Teddy face off against the Last Angels, but I’d like everyone to pay attention to how the two of them fight.
This relates to the young character Lav who I’m playing, and I’d like you to enjoy how they interact as well!

―In this story, mankind is subjected to the threat of annihilation from the supermassive black hole bomb called the “Googolplex”. How would you respond if Earth was put into a similar situation?

Taketatsu: If it were possible I’d like to get close to my family right away, but if I couldn’t do that I’d like to have a conversation over the phone or a chat.
I think that a lot of people will often answer “Eat something tasty!” for this situation, but I don’t know if I’d have an appetite to even eat anything. So I think I’d just put my time into chatting with loved ones.

―You’re singing the ED theme “Invisible Link” along with Sakura Tange who plays Midi, and it will be released on February 16, 2022.

Taketatsu: I’ve loved Tange-san since she first took on the role of Sakura Kinomoto from Cardcaptor Sakura, so I was thrilled to be able to do a duet like this. It’s a lovely ballad, and I hope you’ll check it out!

―Finally, please give everyone a message.

Taketatsu: Thanks to everyone supporting us, we were able to move on into a second voice drama. This time as well, Lav and the others fight hard to save the world. There are tons of mysteries still left up in the air, so please keep an eye out for any future developments. Thank you very much! 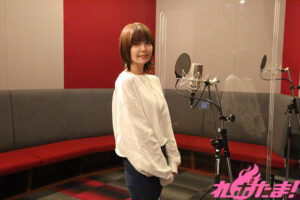 【Present】(please note: applications from outside Japan are not available)
Taketatsu-san’s autograph on special coloured paper will be presented to one person!
Those who wish to apply are asked to please follow the Repotama! Official Twitter ＠repotama (https://twitter.com/repotama/) and retweet the tweet of this article. We will contact the winner via DM.
Application period: until February 25 (Fri) 2021 at 23:59 JST