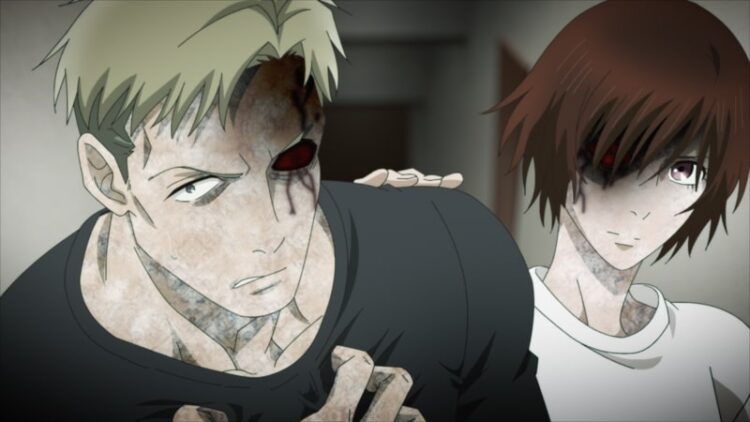 After being saved by Erika, Sakaki discovers that he has gained a “deathless” constitution. TV anime The Night Beyond the Tricornered Window Episode 10 synopsis and early scene previews released

TV anime The Night Beyond the Tricornered Window is being broadcast on TOKYO MX and other stations and platforms beginning October 3, 2021 (Sun).
This time, the early scene previews, title and synopsis of the 10th episode have been released.

【Episode 10 “Resolution”】
Mikado, Mukae, Sakaki, and Erika head to the teacher’s home to help Hiyakawa.
However, the incredible power acquired by the teacher blocks their path, and they cannot proceed.
Trying to force an opening, the power holding them back is unleashed on Sakaki. However, the power merely passes through his body…!?
Somehow, Sakaki has received a “deathless” bodily constitution after having his life saved by Erika. 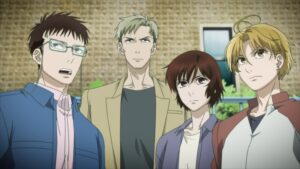 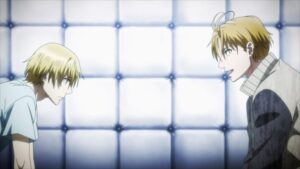 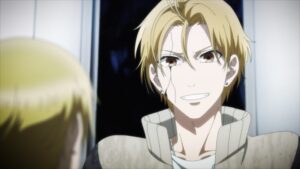 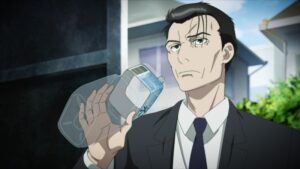 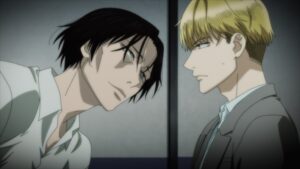 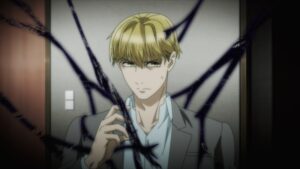 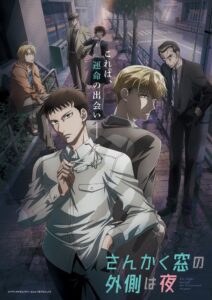 A ghost-detective buddy story and “supernatural entertainment”, this series is being broadcast on TOKYO MX and others beginning from 22:00 on October 3, 2021 (Sunday).
Streaming exclusively from FOD!

【Introduction】
“My destiny, is you.”
The strongest relationship in history between ghost detectives is born from an exorcist and servant!

Kousuke Mikado has been able to “see” eerie things from a young age, and his talent is discovered by a ghost detective named Rihito Hiyakawa who he meets by chance. He is forced to form a ghost detective duo with him.
“This is a fateful encounter.”
Hiyakawa is obsessed with Mikado, and Mikado cannot leave the dangerous Hiyakawa on his own. What is the truth derived from this “fate” that comes to light after solving many cases?
The original manga The Night Beyond the Tricornered Window was written by Tomoko Yamashita (published by Kurofuneko / Libre).
The best-selling manga has exceeded circulation of 2 million copies, and has been made into an anime following the live-action film! A new sensational “sixth-sense entertainment” with the triple themes of horror, mystery, and buddy love, begins this fall!

FOD From October 3rd, new episodes broadcast every Sunday from 22:00
FOD, Tver, GYAO all make the most recent episode available to view for a week after it airs!