Coming from the mouth of the tree Oni, what is the reason for humans and Oni being unable to reconcile? TV anime Peach Boy Riverside Episode 12 (final) synopsis and scene preview have been released. Sites for marathon streaming of the series have also been decided.

Original work by Coolkyoushinja and Johanne and serialized in Kodansha’s Shonen Magazine R and Magapoke, this story is “the fairy tail that everyone knows… with one extra ‘peach’.”
This time, we’ve finally arrived at the final episode to be aired! The synopsis and scene preview of the 12th episode “Resolutions and Goodbyes” of TV anime Peach Boy Riverside (first broadcast on Thursday, September 16 2021) have been released.

【Episode 12 “Resolutions and Goodbyes”】
In her battle with the tree Oni, Sally seeks to remove the barriers of race and tribe, and makes an appeal by saying “For everyone living here in this place, let’s all get along together!”
The Emperor Oni who had earlier confronted Mikoto also appeals to the idea of Oni and humans living in harmony together…
But the tree Oni flatly rejects the offer. Coming from the mouth of the tree Oni, what is the reason why humans and Oni cannot be reconciled…? 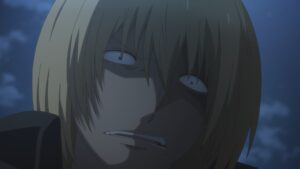 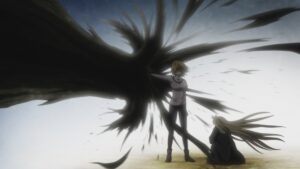 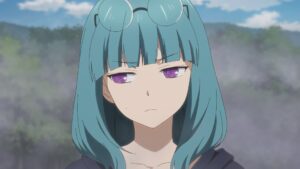 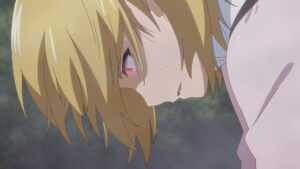 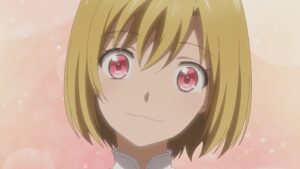 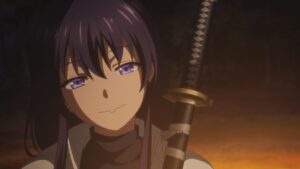 This anime is being broadcast on TV in its “on-air version”, which shuffles the chronological order of the episodes that are broadcasted into a nonlinear order.
※This week’s broadcast will be the “on-air version” of episode 12 (episode 6 of the “time series version”).
Director Shigeru Ueda has also talked in an interview about why he decided to air the series in nonlinear order. For more details, please see the official site:
→https://peachboyriverside.com/news/20210620/194/

【Marathon streaming sites decided】
Sites for marathon streaming of the “time-series” version and “on-air” versions have been announced!
Don’t miss this chance to watch Sally and her party’s adventure over again in one shot!

【ABEMA】
“Time series version” Episodes 1~4 marathon broadcast
September 14 (Tues) 00:30~02:30※airing has completed, but see below
https://abema.tv/channels/abema-anime/slots/BFkmgaZemuh7kj
You can watch the broadcast for free until 7 days after the first airing on Sept. 14