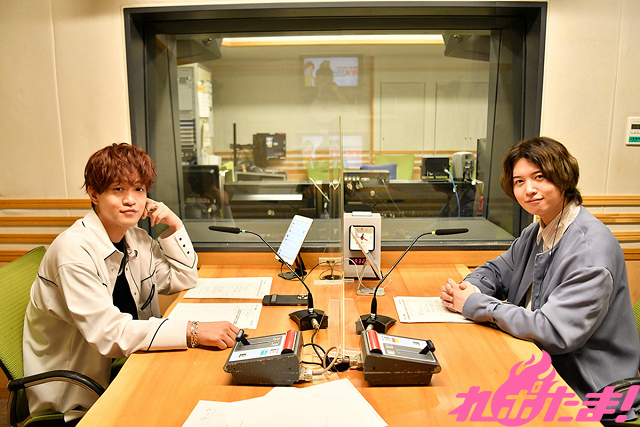 And the outcome of the fated duel is…?! ‘SAITO SOMA & ISHIKAWA KAITO DAMERADI’ online public broadcast

It’s been three and a half years since it began, and the two have gotten completely used to the casual atmosphere of the program. The event began with a talk based around the theme “What are you into right now?” Saito said “I’ve been making songs with DTM (Desktop Music), and it’s quite easy to use.” Ishikawa on the other hand, said to the listeners “I’ve gotten addicted to the game APEX Legends recently.” 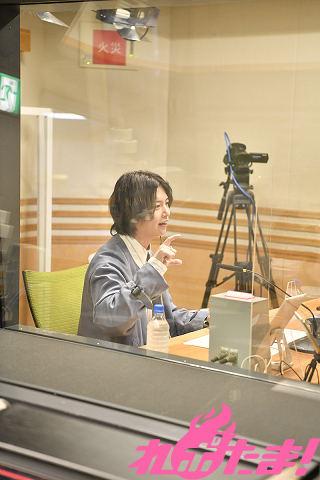 From this point, the regular segments of the program began. In the “Please listen to Soma-kun and Kaito-kun” segment, it began with the line “I’ve gotten myself addicted to ramune.” (note: ramune is a type of candy and soda). Connecting the topic to the conversation from earlier, Saito said “When you play a game suited for E-sports like APEX you need a lot of sugar, but since these candies are so convenient I eat them a lot. I like the kind that comes as little tablets.” 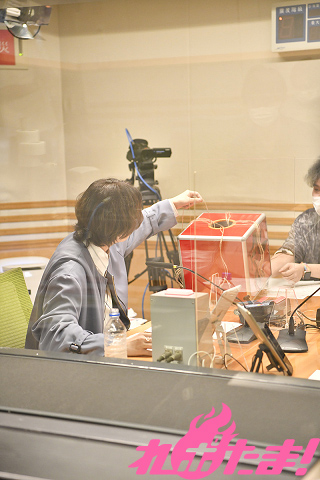 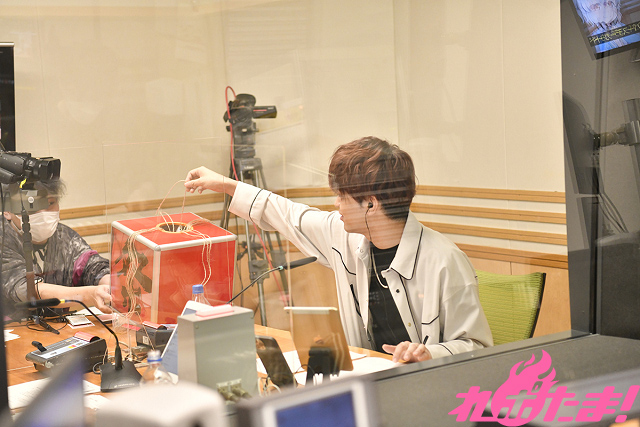 Next, as a collaboration with TV anime TSUKIPRO THE ANIMATION 2, a “No-good summer dream festival string-pull lottery” segment was held, in connection with Tsukipro’s song “Tsukino Natsuyume Matsuri” used in the anime.
This segment had them improvising “lines that XX character would say” with each prompt written on the ends of one of the strings sticking out of the box.

Ishikawa was prompted with “Something one of the four heavenly kings would say just before the main character defeats them,” to which Ishikawa quickly improvised the line “Actually, I’m your uncle.”
On the other hand, Saito was given the prompt of “What the school prince would say to get the girl students’ hearts to start racing.” Saito improvised the line “All of you are my petal-chans,” to which Ishikawa immediately followed up with a “What?”
“What I meant was that, like, I’m at the center of the flower, with all of the girls around me like petals…” Saito explained with a strained laugh. 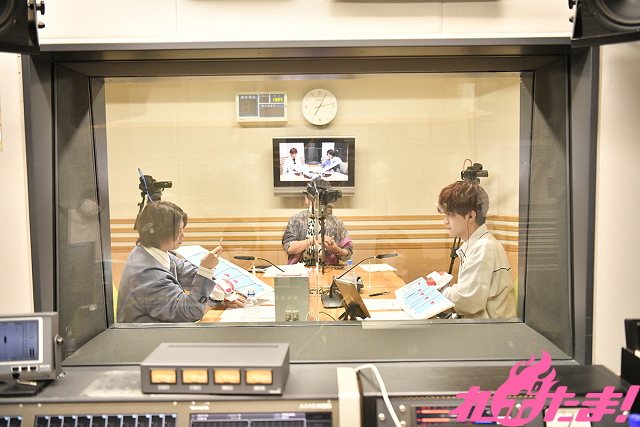 Lastly, the “Sealed Dameradi” segment began. A version of this was also done previously on Saito’s birthday stream.
Devised by the broadcast writer, this is a card game similar to a “certain trading card game”, and within it you gather cards such as “voice actor”, “writer”, “director”, etc. and the first person to complete the full production team of the radio program is the winner.
Saito was defeated the last time, and burned for some revenge. Although he was at a disadvantage at the beginning, he managed to overtake Ishikawa. However, Ishikawa managed to eventually recover, and before long it was the end for Saito. Ishikawa won yet again. 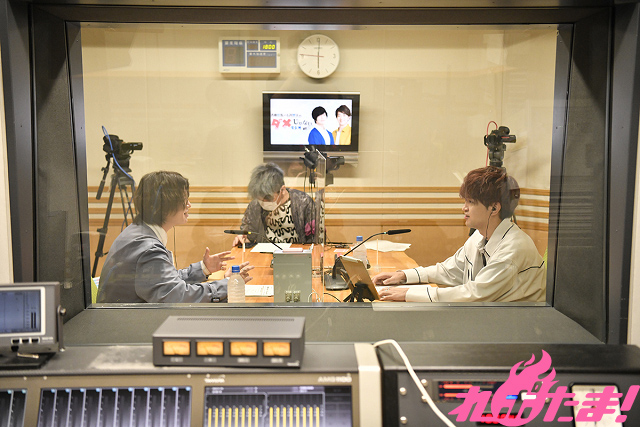 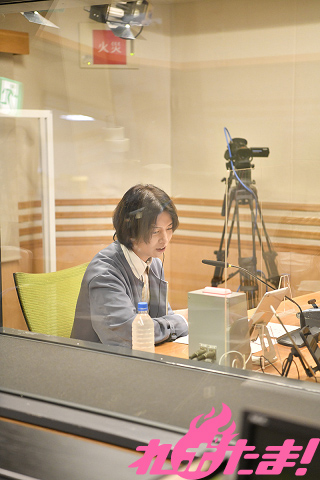 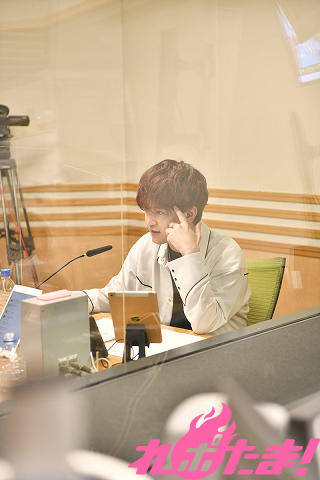 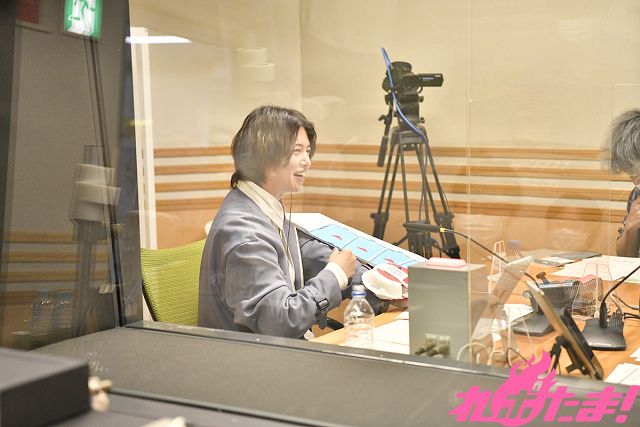 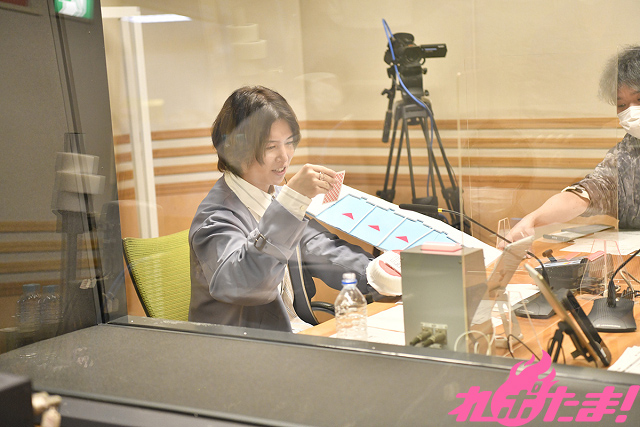 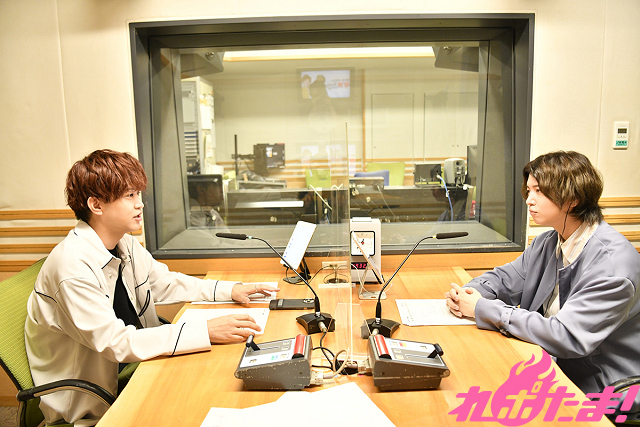