Sally asks Winnie to teach her how to use magic. TV anime Peach Boy Riverside Episode 11 synopsis and scene preview have been released

Original work by Coolkyoushinja and Johanne and serialized in Kodansha’s Shonen Magazine R and Magapoke, this story is “the fairy tail that everyone knows… with one extra ‘peach’.”
The synopsis and scene preview of the 11th episode “Ideals and Reality” of TV anime Peach Boy Riverside (scheduled for broadcast on Thursday, September 9 2021) have been released.

【Episode 11 “Ideals and Reality”】
Sally and the others visit Winnie, the “Witch of the West Forest” as Hawthorne knows her.
Sally asks Winnie to teach her how to use magic.
Sally begins her training under Winnie. From here, an elf and a reptilian chieftain arrive.
The reason for these two opposing races meeting up with each other… is to bury the mighty tree Oni who has been sealed away. 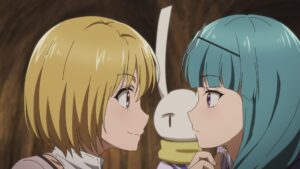 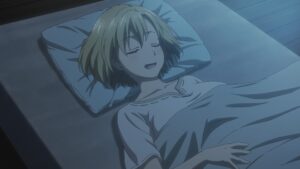 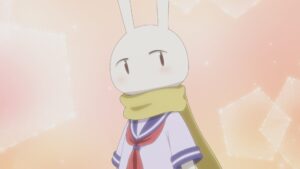 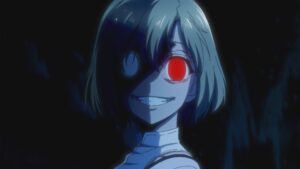 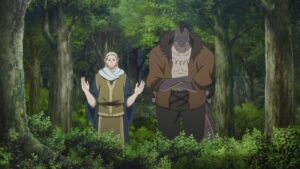 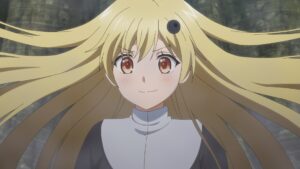 Director Shigeru Ueda has also talked in an interview about why he decided to air the series in nonlinear order.
Furthermore, d Anime Store began streaming both the “on-air version” and “time series version” from 22:30 on September 9 (Thurs) immediately after the broadcast on Tokyo MX, so please enjoy the show in both formats!
→https://anime.dmkt-sp.jp/animestore/CP/CP00001367