Original work by Coolkyoushinja and Johanne and serialized in Kodansha’s Shonen Magazine R and Magapoke, this story is “the fairy tail that everyone knows… with one extra ‘peach’.”
The synopsis and scene preview of the 8th episode “Companion and Companion” of TV anime Peach Boy Riverside (broadcast on Thursday, August 19 2021) have been released.
Also, additional character cast info has been revealed, and comments from the new cast member have been received.

Additionally, in coordination with the August 19 (Thurs) broadcast of the anime, the game Peach Boy Riverside Battle Saga has implemented the new SSR “Daminki (CV: Masumi Tazawa)”. Please take this opportunity to check the game out!

【Episode 8 “Companion and Companion”】
Hawthorne plans to compete in the Barquend Martial Arts Tournament to win the prize, but it is at this point when Todoroki and his allies begin an assault on the city to take revenge on Momotaro.
At the same time, Sally finds herself stuck between Mikoto who wants to kill all the Oni, and the Emperor Oni, who appeals for the peaceful coexistence of Oni and humans.
Todoroki mistakes Hawthorne for Momotaro and a fight begins. Sally goes to help Hawthorne out, but the Emperor Oni stands in her way. 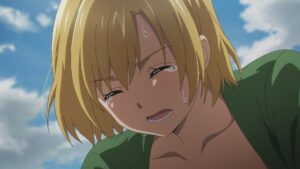 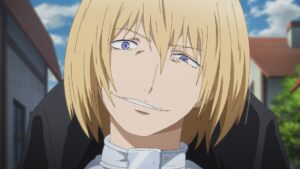 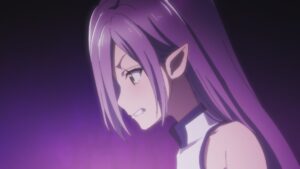 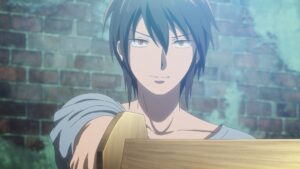 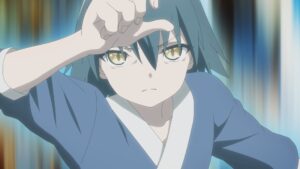 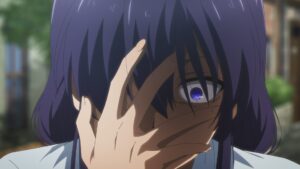 This anime is being broadcast on TV in its “on-air version”, which shuffles the chronological order of the episodes that are broadcasted into a nonlinear order.
※This week’s broadcast will be the “on-air version” of episode 8.
There will be a hint about the “time series version” episode number hidden in the next episode preview of the “on-air version”.
For everyone looking forward to the TV on-air version, please watch all the way until the end.

Director Shigeru Ueda has also talked in an interview about why he decided to air the series in nonlinear order.
Furthermore, d Anime Store began streaming both the “on-air version” and “time series version” from 22:30 on August 19 (Thurs) immediately after the broadcast on Tokyo MX, so please enjoy the show in both formats!
→https://anime.dmkt-sp.jp/animestore/CP/CP00001367

【Comments from the cast】
Masumi Tazawa (voice of Daminki) tells us her impression of the character she plays. 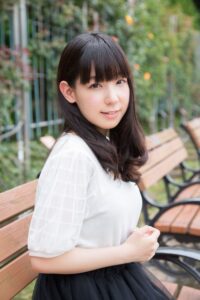 ＜Impression of this work＞
The first time I saw it, the title and synopsis quickly drew me in.
I remember reading the original work while always feeling excited about what would happen next.

<Impression of the character>
As the name Daminki (lit. slumbering Oni) suggests, the character I play is a young girl who sleeps all the time, but she just looks so precious when she’s asleep.
I’m really looking forward to seeing her cuteness in the anime! 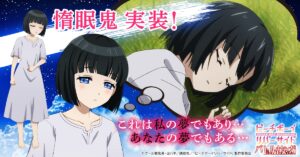