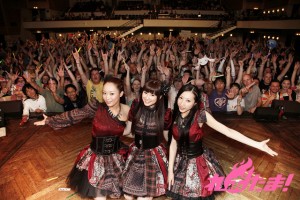 The Kalafina interview reports arrive!! The “AnimagiC 2012” was held on July 27 through 29.

From July27th through 29, biggest Japanese pop culture event “ AnimagiC 2012” was held at Bonn, Germany. Kalafina was invited as main guest and had live at Beethovenhalle.

Would you give us some your impressions of these 2 days.

Wakana: This was my first time visiting to Europe and Germany. I was really appreciated to the customers who visited to our event because they welcomed us very hot and nicely. Some gentleman gave us message in Japanese like “I can`t wait for tomorrow`s live!”. Also, I had some cheer like “Kalafina cool!” when I was walking the street. I really want to come back here again!

Keiko: My first time Europe trip gave me excitement and anxious. I was really helped by Bonn`s residents. They welcomed us and that help me to complete this event. Even though, our language is totally different from German, but we learn hard to remember the German to take communication between customers. During the visiting Germany, I had good memories with many people.

Hikaru: I spent wonderful days at staying at Germany. Thank you for inviting us on “AnimagiC 2012” and thank you for customers who visit us.

What was different between first and second day?

Wakana: I felt second day was more excited than first day. At second day, audience’s response was excellent from beginning!

Keiko: The first day, definitely I was nervous and couldn`t perform as usual, but second day, I was helped by audiences warmness and work my best. In addition, I was little happy because I spoke German MC part more fluent than last day.

Hikaru: I spent excellent time both first and second days. What I`m say is I little worry about audiences smile because it seems bit differ. At encore, we sang the different song on each day. By the way, audiences smile was so nice at each day.

Is there any difference between audience in L.A and Bonn?

Wakana: Basically is same. Each L.A and Bon`s each audiences sang us together during the live. Some L.A customers wore the costume and some showed heart mark by hand to us. We are having different language and culture but for sure, we had same feeling during live. We are welcome for any style to join the live.

Keiko: Stage at L.A was standing live house and stage at Bonn was hall. These environments made quite differ to the live but both people cheered us.

Hikaru: Each audience seems enjoyed our lives. I would say audiences in L.A shaked their body widely during the live and audiences in Germany change their style by songs.

What did you take care at MC part?

Wakako: I asked to translator to teach me a German. Pronunciation was extremely tough part for me so I decided to speak slowly to make them understand. They respond nicely to my horrible German with big smile but that gave me a power and I was glad. I spoke about cities, climate. Off course sausage and beer too!!

Keiko: I just worry about that could they understand our German. I didn`t study German enough so I chose easy sentence to speak. Learning the German was fun though.

Hikaru: Having lives at overseas, I always tried to spoke a few word by their language. At this time I challenged to German. I struggle at pronunciation, but when I saw the audience`s reaction, my heart became warm.

How about difference between Japan?

Wakana: I think every live is same. I know that MC will be different because of language.  But for our performance and feelings never change at any place. Always, Kalafina is aiming supreme stage.

Keiko: Usually, we 3 are talking about this topics but every time we reached to same answer that “Don`t compare just show our best performance”.

Hikaru: Anywhere, anyplace we just involve customers to Kalafina`s world. I recognize there are few differences but this is live so we are enjoying that part too. 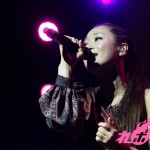 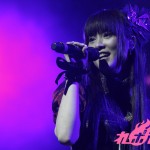 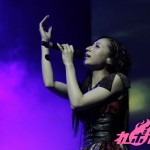 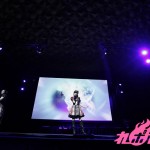 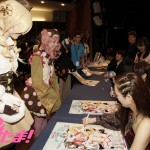 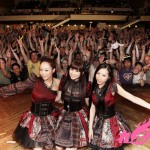 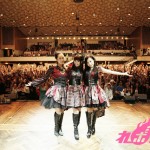 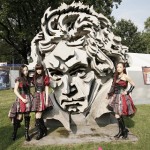