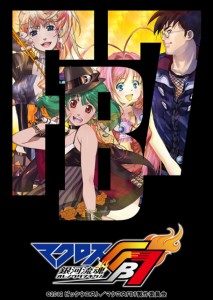 Does Sheryl and Ranka Fire too!?

2012 is the memorial year of “Super Dimension Fortress Macross”.

Beginning of year, on January 8th, huge event “Happy Nyan Year Festival in Pacifico Yokohama” which corrected over 10,000 of people was held. April and May had also 30 years anniversary event which were called “MACROSS: THE DESIGN @ PARCO” and “Exhibition of Super Dimension Macross”. Huge amount of Macross fans went to these event and each events heated up by core macross freaks.

Macross selection TV program “Super Demension Macross Seminar” which is targeted a young people to inform the past Macross series is now on aired at TOKYO MX TV.

From August 10th, the exhibition of Macross original pictures is going to hold. Then another events such as, “Macross stamp rally in Tokyo dome city attraction” start at September 28th, “Macross Musiculter” is scheduled to start from October 3rd and so on are going to hold this year.

Most fans waiting for the new Macross “Macross FB7” and lately, had announced that movie are coming up on 2012 Octobor 20th (Sat).

That hot legendary songs are coming again. “Hey Earth and Universe! Listen up to my truth song!!”

Leader of S.M.S Skull Squadron Ozma Lee was fighting against Vajra at front line. One day he saw the mysterious space creature which was different to Vajra and it left some recording video of other Colonial Fleet.

Ozma, Ranka, and Sheryl checked the inside of memory then・・・ 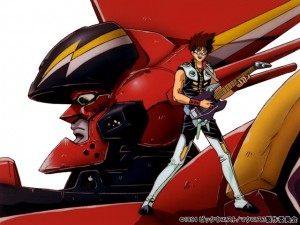 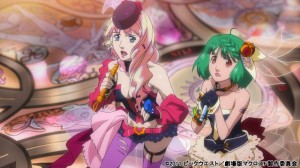 Advance tickets are selling at certain theaters. $15(tax include) *price will change by current currency rate

[Amount is limited: ticket with items]