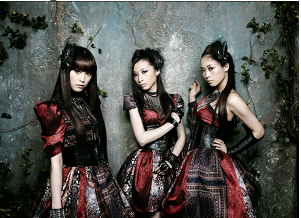 [Has chance to get Gift] Kalafina LIVE 2012 “to the beginning” memorial [Kalafina BOX] on sale!!!

On July 16th, Kalafina had Live at NHK hall.
[Kalafina Box] is memorial special live item and selling at Animate and Tower Record. Now on sale!!

At this time, 1 person has chance to get “Kalafina BOX”.
Please follow our official twitter. https://twitter.com/repotama/
Input your name, post code, address, phone#, gender, age, and reason that how did you know our web site. After you follow us, we will send you a direct mail. please apply until August 31st 2012 23:59. ( time in Japan) 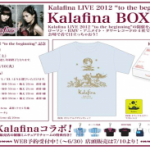